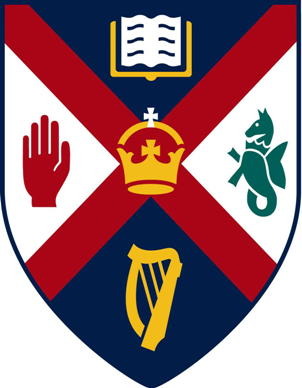 Queen's is a member of the (a of major research universities in the United Kingdom), the , the , and . The university offers s at various levels and across a broad subject range, with over 300 degree programmes available. [cite web|url=http://www.qub.ac.uk/home/Education/TeachingQuality/|title=Teaching Quality|publisher=Queen's University Belfast|accessdate=2008-03-04] The university's current President and is Professor , and its Chancellor is the former Senator, George Mitchell.

The University also forms the focal point of the area of the city, one of Belfast's four cultural districts.

Queen's University Belfast has its roots in the Belfast Academical Institution, which was founded in 1810 and remains as the .

The university was one of only eight United Kingdom universities to hold a parliamentary seat in the at Westminster until such representation was abolished in 1950. The university was also represented in the from 1920&ndash;1968, where its graduates elected four seats.

In Irish republican theory at this time, elections to the UK and Northern Ireland parliaments were considered to be elections to an equivalent constituency.

In addition to the main campus not far from the centre of Belfast, the university has two associated s, these being St Mary's and Stranmillis both also located in Belfast. Although offering a range of degree courses, these colleges primarily provide training for those wishing to enter the profession. The university has formal agreements with other colleges in Northern Ireland and operates several outreach schemes to rural areas.

While the university refers to its main site as a campus, [See http://www.qub.ac.uk/home/TheUniversity/Location/Maps/MainCampus/, for example.] the university's buildings are in fact spread over a number of public streets in South Belfast, centring around University Road, University Square and , with other departments located further afield.

Academics at Queen's are organised in terms of twenty-one schools with each school operating as a primary management unit of the university and being the focus for education and research for their respective subject areas. [cite web|url=http://www.qub.ac.uk/home/SchoolsDepartments/|title=Schools & Departments|publisher=Queen's University Belfast|accessdate=2008-08-28]

Several institutes are also associated with Queen's. Located close to the main campus is the "Institute of Professional Legal Studies at Queen's" which offers training to law graduates to enable them to practise as or in Northern Ireland, England & Wales and the Republic of Ireland.

The "Institute of Theology" consists of several colleges with a emphasis, including St Mary's (Catholic), (Presbyterian) as well as and colleges in Belfast. In all five colleges teach any programmes with a theological emphasis on behalf of the university; the university may confer theology degrees but cannot teach the subject itself.

Entrants to Queen's have, on average, 359 A/AS-level points and there are currently 5.3 applications per place.

Queen's was established as a non-sectarian institution, with the aim of attracting both Protestant and Catholic students. While the university does not publish data on the religion affiliation of its students, , who conducted his research on the university during , argued in an article published in 1988 that "Whilst in the past, especially before the , Catholics were under-represented this is not currently the case". Taylor cites data showing that Catholic representation amongst undergraduates rose from 21.9 per cent in 1958/59 to 27.4 per cent in 1968/69 and 42.5 per cent in 1978/79.

The at Queen's (QUBSU) is located opposite the Lanyon Building on University Road, and is provided for under the University's Statutes. All students at the University are automatic members of the Union, making it one of the largest Unions on a single campus in Ireland and the UK. It is administered by the Students' Representative Council (SRC) (elected every October, on a Faculty basis) and an Executive (elected in March), who manage the operations of the Union in conjunction with several full time staff.

A range of services are provided by the Students' Union following its reopening in March 2007 after a £9 million redevelopment, including an Advice Centre with full-time staff to help with issues such as money problems, accommodation and welfare. Commercial services are also provided for by the Union and include a shop, canteen and coffee franchise. There are also four pubs within the building, the biggest of which, the Mandela Hall, hosts concerts and the Shine .

More than fifty sporting clubs and over 100 non-sporting societies are recognised by the Student's Union Council and therefore eligible to apply for an annual grant from the University. [ [http://quis.qub.ac.uk Clubs and Societies] , Queen's University website; accessed 15 July 2007] The QUB boathouse, home of (QUBBC) and Queen's University of Belfast Ladies Boat Club (QUBLBC), is located on the near . The Dragonslayers Gaming Society hosts one of Ireland's largest games conventions, , in June of each year, and cultural groups such as An Cumann Gaelach and the Society are also present. The Queen's University Mountaineering Club is notable for producing three summiteers including Ireland's first, . [cite web|url=http://www.open.ac.uk/graduation2006/pop63047.shtml|title=Mr Dawson Stelfox|publisher=Open University|accessdate=2008-06-15] Dr and Dr Nigel Hart also summited in May 2007, and were subsequently jointly announced Queen's University Graduates of the year for 2006/07 [cite news|url=http://www.qub.ac.uk/home/Alumni/Events/PastEvents2006-2007/2007Events/GraduateStudentoftheYearwinners/|title=Graduate & Student of the Year winners|publisher=Queen's University Belfast|accessdate=2008-06-15] for their role in rescuing a young Nepalese climber left for dead near the summit. [cite news|url=http://news.bbc.co.uk/2/hi/uk_news/northern_ireland/6700603.stm|title=BBC: NI doctors in Everest rescue drama|publisher=BBC News|date=2007-05-29|accessdate=2008-06-15]

Queen's provides housing for both undergraduates and postgraduates, although because of the compact size of Northern Ireland many students chose to live at home and commute to the university. In 2005/06, 36 per cent of Queen's students lived in private accommodation within Belfast, 29 per cent lived with parents or guardians, 20 per cent in private accommodation outside of Belfast, and 10 per cent lived in university maintained accommodation. [cite web|publisher=The Planning Service|url=http://www.planningni.gov.uk/AreaPlans_Policy/Plans/BMA/HMO/Supplementary_docs/HMA.pdf|title=Supplementary Document 1: Housing Market Analysis, Houses in Multiple Occupation (HMOs): Subject Plan for Belfast City Council Area 2015|pages=14|accessdate=2007-08-26]

The university provides accommodation on a purpose-built 'student village' called Elms Village, which has its own bar and shop, located on the , south of the main campus, as well as in a number of houses in the area, including at and on . [cite web|url=http://www.qub.ac.uk/directorates/StudentAccommodationServices/Filetoupload,103200,en.pdf|title=Where to stay at Queen's|publisher=Queen's Accommodation and Hospitality|accessdate=2008-09-03]

The university hosts the annual and the , and in 2007 is holding the Irish Student Drama Association Festival. It runs Northern Ireland's only arthouse cinema, , and an art gallery, the , which is a registered museum.

Queen's Physical Education Centre (abbreviated to and known widely as the PEC) recently went through an extension program was awarded 'Best Building 2007' by the (RICS) Northern Ireland. [cite news|url=http://www.qub.ac.uk/sport/Aboutus/NewsandEvents/08-06-2007PECScoopsTopBuildingAward/|title=Queen's Physical Education Centre scoops top building award|publisher=Queen's Sport|date=2007-06-08|accessdate=2007-12-27] It is one of the largest sports centres in the . This building houses many squash courts, several climbing walls and is home to QUB's senior men's and women's basketball teams.

The University Playing Fields, also known as Malone Playing Fields, is located just over convert|2|mi|km from the main campus, comprising 17 pitches for rugby, , , , , and . In addition, there are three courts, nine courts and an athletics arena where the Mary Peters Track is situated.

Queen's has a large number of now-famous alumni, including the poets and ; actors , and ; crime novelist ; broadcaster ; scientists , and ; lawyer ; politicians , , Lord Faulkner of Downpatrick, Lord Trimble, , , and ; and the current President of the Republic of Ireland . Other alumni include , (a 2007 winner of the ), (, the highest ranking Black officer in the British Armed forces) and Tim Collins (former of the 1st Battalion, ). Former member and hunger striker attended the university and obtained a following his release from prison.

Links with other universities