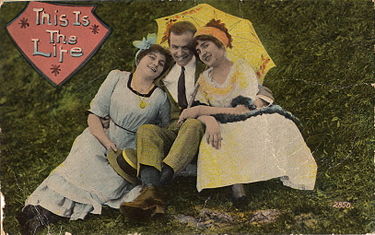 Some known examples are:

The ménage à trois is a recurring theme in fiction and has been the subject of a number of books, plays, films and songs. Some notable examples include:

Anthony Worral Thompson's first restaurant was called Ménage à trois and was famous for only serving starters and desserts.[citation needed]