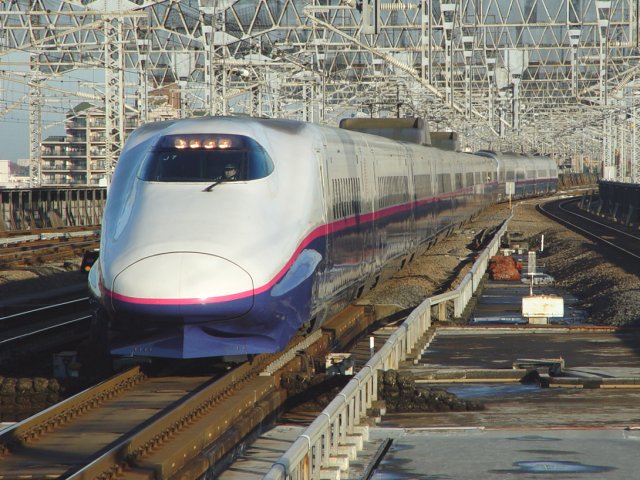 An E2-1000 Series train (J56) broke the Japanese rail speed record for a production train (i.e. not a dedicated test train) in April 2003 when it reached a speed of 362 km/h during a series of late-night high-speed test runs between Urasa and Niigata on the Jōetsu Shinkansen.

China ordered a number of 250 km/h (153 mph) trains based on the E2-1000 Series design, renamed it as , becoming the second Shinkansen train exported apart from the 700T series for Taiwan. These CRH2 trains consist of total 60 sets, the first 3 sets (2001-2003) were built in Japan, the next 6 sets were delivered in (CKD) form and assembled by CSR Sifang Locomotive and Rolling Stock, the rest 51 sets were built by Sifang through technology transfer from Japan. The first train arrived at Qingdao port on .