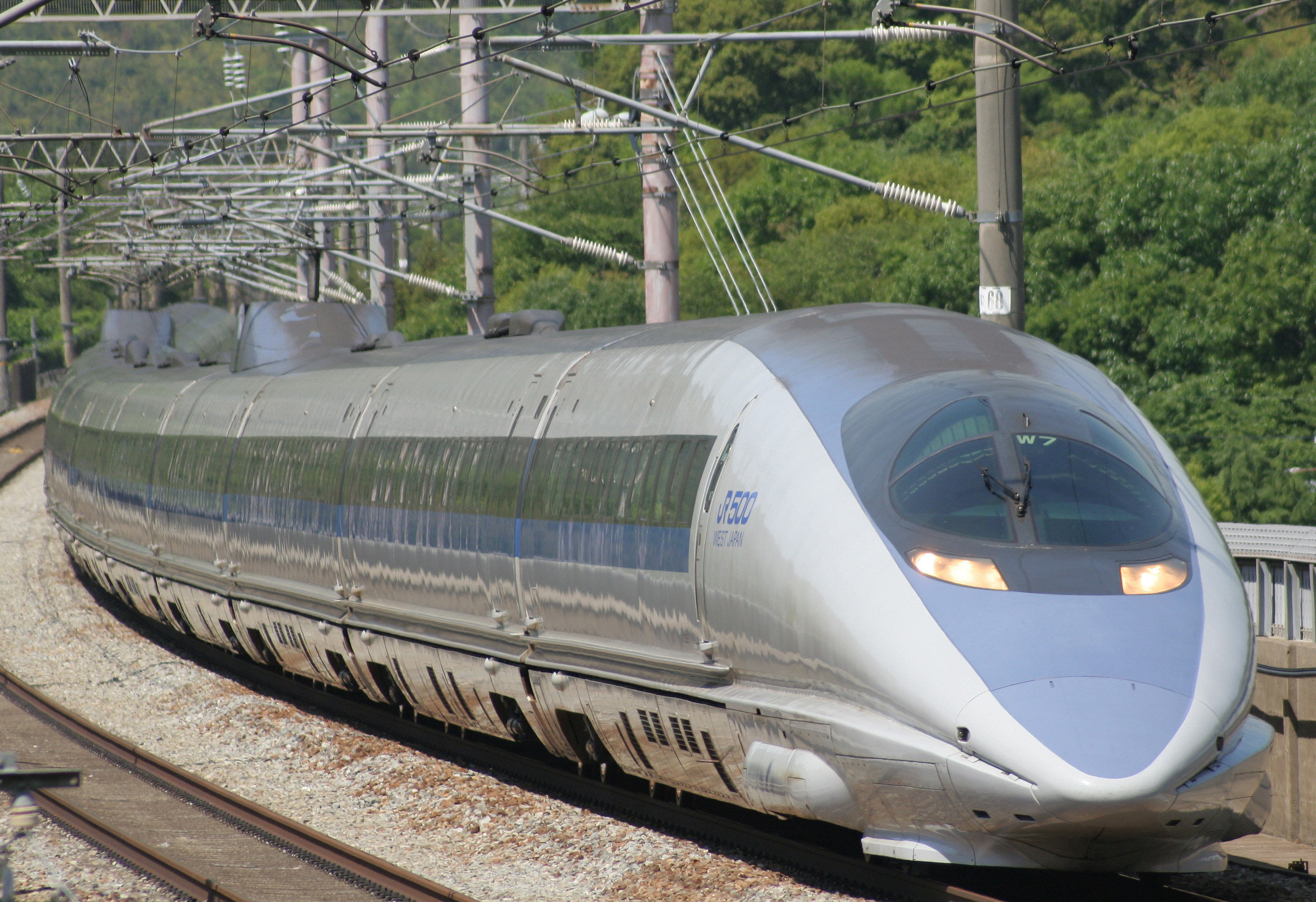 The 500 Series Shinkansen are the fastest, most powerful and most expensive s yet to run on 's high-speed rail network. They are designed to be capable of 320 km/h (200 mph) although they operate at a maximum of 300 km/h (186 mph) in service. The running gear utilises computer-controlled active suspension for a smoother, safer ride. All sixteen cars in each train are powered, giving a maximum of 18.24 MW of power (25,000 hp). Each train costs an estimated ¥5 billion. Because of that pricetag, only nine were built.

Visually they are quite striking, with a long, pointed nose more like that of a supersonic plane than a conventional high speed train. In 1990, Hitachi commissioned Neumeister Design of Germany to create an exterior and interior design for a new Shinkansen. It became the basis for the development of the 500 Series.

The first set was delivered for testing in 1995, entering passenger service in March 1997. The entire fleet of nine sets was delivered by 1998. They are normally used only on the premium Nozomi services, but are also used on Hikari Rail Star services during the busy holiday periods.

With the steady increase in the number of assigned to Nozomi services, the 500 series fleet was limited to just two return workings between Tokyo and Hakata from the start of the timetable. Five of the nine sets will be shortened to 8 cars during 2008 and cascaded to Sanyo Shinkansen Kodama workings, replacing the earlier 0 series sets. ["Tetsudō Daiya Jōhō" magazine February 2008 issue, p74] The first reformed 8-car set was unveiled to the press on . All passenger saloons have been made no-smoking, with new smoking compartments installed. [ [http://www.sanspo.com/sokuho/080328/sokuho046.html "短編成の「こだま」に変身 山陽新幹線の５００系車両"] sanspo.com, (Japanese)]