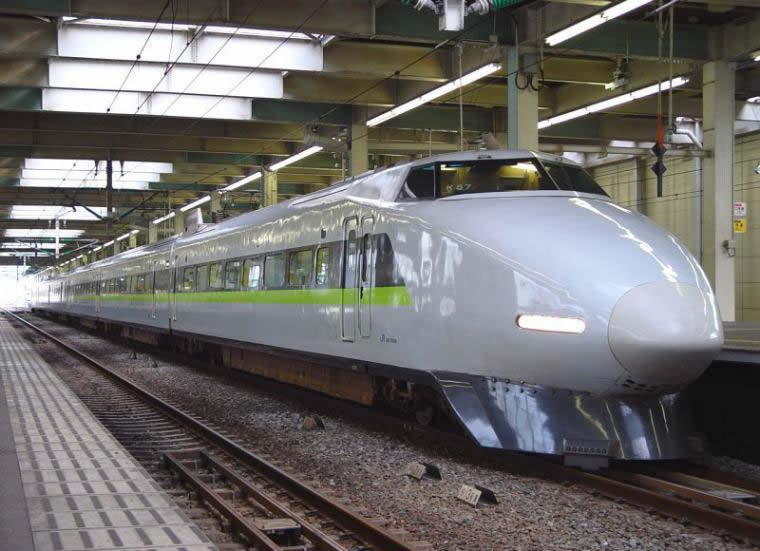 The 100 Series Shinkansen, with its characteristic shark nose, were the second generation design, produced between and for the and lines; the earliest units have now been withdrawn from service, and the series was retired from the Tōkaidō Shinkansen line in September . A common misconception is that they were designed before the 200 series trains; their numbering is such because in the days of JNR Shinkansen types running east of Tokyo were given even numbers and those west of Tokyo odd numbers, hence they were given the next odd number in line after 0, 100.

Now removed from front-line service, 100 series sets have been reformed into smaller 4 and 6 car sets for the slower Kodama services on the Sanyō Shinkansen line. These 4 and 6 car trains do not have bilevel cars.