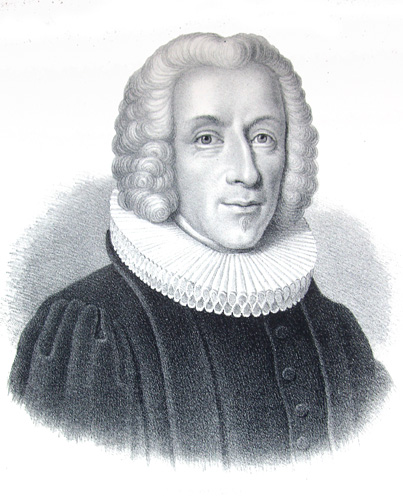 Hans Poulsen Egede (, , , &ndash;, , , ) was a Norwegian , called the Apostle of Greenland. Egede was an evangelist on the northern Norwegian islands of when he heard stories of a green land settled by the s but with which contact had been lost years before. In May 1721, he asked for permission to seek the colony and establish a mission there, presuming that it had remained or lost the faith. Frederick gave consent at least partially to reestablish a colonial claim to the island.

Egede landed on the west coast of on . He was sent to seek the old Viking colony on Greenland but he found no survivors. The last communication with that colony had been over 300 years earlier. He did, however, find the and started a mission among them. He studied the and translated Christian texts into it. This required some imagination as, for instance, the Inuit had no bread nor any idea of it. So the words of the were translated by Egede as the equivalent of "Give us this day our daily harbor seal".

Egede founded Godthåb (now ), which later became the capital of . In 1724, he baptised the first children. The new king, , recalled all Europeans from Greenland in 1730. Egede remained, however, encouraged by his wife Gertrud. Egede's book "Det gamle Grønlands nye Perlustration", (The old Greenland's new Perlustration, or an accurate description of those old Nordic Colonies in Greenland) appeared in 1729 and was translated into several languages.

In 1733, the missionaries of were allowed to establish New Herrnhut, south of Nuuk. In 1734, a epidemic broke out which spread through the Inuit and claimed Gertrud Egede in 1735. Hans Egede left his son Paul in Greenland and traveled on with his daughters and his son Niels to . In 1741, he was named bishop of Greenland. He established a catechism for use in Greenland in 1747.

Egede became a national saint of Greenland and the town of (literally: memory of Egede) commemorates him. It was established by Niels Egede, Hans' second and surviving son, in 1759 on the peninsula but moved to the island of in 1763, which had been the site of a pre-Viking Inuit settlement.

Hans Egede gives one of the oldest desciptions of a . On his ship sailed past the coast of Greenland when suddenly those on board "saw a most terrible creature, resembling nothing they saw before. The monster lifted its head so high that it seemed to be higher than the on the . The head was small and the body short and wrinkled. The unknown creature was using giant fins which propelled it through the water. Later the sailors saw its tail as well. The monster was longer than our whole ship", wrote Egede. (Mareš, 1997)

A hulk named after Hans Egede can be found at the point where Cliffe marshes meet the Thames, adjacent to .