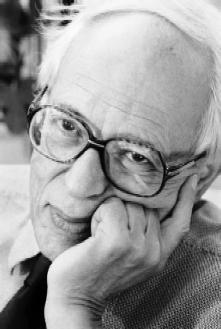 Abraham (Bram) Pais (May 19, 1918, , &mdash; July 28, 2000, , ) was a Dutch-born American and . Pais earned his Ph.D. from just prior to a ban on Jewish participation in Dutch universities during . When the Nazis began the forced relocation of Dutch Jews, he went into hiding, but was later arrested and saved only by the end of the war. He then served as an assistant to in and was later a colleague of at the . Pais wrote books documenting the lives of these two great physicists and the contributions they and others made to modern . He was a physics professor at until his retirement.

Pais was born in , the first child of middle-class Dutch Jewish parents. His father, Isaiah "Jacques" Pais, was the descendant of who migrated from to the around the beginning of the 17th century. His mother, Kaatje "Cato" van Kleeff, was the daughter of an diamond cutter. His parents met while studying to become elementary-school teachers. They both taught school until his mother quit when they married on December 2, 1916. His only sibling, Annie, was born on November 1, 1920. During Pais's childhood his father was an elementary schoolmaster, headmaster, and later the headmaster of the Sephardic Hebrew school.Fact|date=February 2008

Pais was a bright student and a voracious reader during his early education and said he had a happy childhood and felt integrated in Dutch society.Fact|date=February 2008 At age twelve he passed examinations to enter a higher burgher school and attended a school in Amsterdam with a five-year curriculum of basic subjects. He passed his final examinations as number one in his class. He was graduated with a working knowledge of English, French, and German.

In the fall of 1935 Pais began his studies at the without a clear idea regarding his desired career. With an interest in the exact sciences, he gradually gravitated to chemistry and physics as major subjects, and mathematics and astronomy as minor subjects. In the winter of 1936/1937 his career goals were defined by two guest lectures by , professor of theoretical physics at . Pais was fascinated by Uhlenbeck's discussion of 's incorporation of the into the theory of .

On February 16, 1938, Pais was awarded two Bachelor of Science degrees in physics and mathematics, with minors in chemistry and astronomy. He began attending graduate courses in Amsterdam, including those in physics. He soon became disappointed by the only professor there in theoretical physics, Johannes Diderik van der Waals, Jr. (the son of the 1910 Nobel laureate ), whom he found dull and averse to the new developments in physics. Pais soon wrote to Uhlenbeck at Utrecht and was granted an interview. During the remainder of the spring term he discontinued attending classes in Amsterdam and made several trips to visit Uhlenbeck in his laboratory.

In the fall of 1938 Pais enrolled for graduate classes at . Uhlenbeck, however, spent that term as a visiting professor at in . He left Pais with the use of his laboratory and a list of topics to study and work on. Pais was soon exposed to other prominent Dutch physicists and areas of research in experimental physics. He became well-acquainted with , a physics professor at who lectured at Utrecht twice a week on . When Uhlenbeck returned from America, he brought news of a meeting he had attended in , in which and had first made public their news about . Uhlenbeck also announced that he would be leaving in the summer of 1939 for a professorship at University of Michigan, Ann Arbor.

In the fall of 1939 Pais dedicated himself to preparing for his master's degree. Utrecht experimental physicist provided him guidance in his independent physics studies. Uhlenbeck, in anticipation of his departure, introduced Pais to physicist at Leiden University, who became his mentor and friend. He was also influenced then by discussions with of the , who was invited to Utrecht to give a colloquim in an effort to find a successor for Uhlenbeck and reported of the work he was then doing with on the meson theory of nuclear forces.

Pais successfully passed the examination for his master's degree on April 22, 1940. On May 7 the Dutch minister of education appointed Rosenfeld to succeed Uhlenbeck at the University of Utrecht. On May 8 Pais wrote to Rosenfeld at Liège to ask if he might continue his studies under him if his appointment came through, and again on May 9 to congratulate him on his appointment. On May 10, 1940, the Germans invaded the Netherlands, Belgium, and Luxembourg, disrupting the mail between Utrecht and Liège for months.

After mail service was restored, Pais again wrote to Rosenfeld in Liège. In the meantime Pais had been appointed as Rosenfeld's assistant — Kees van Lier, who had been Uhlenbeck's assistant and was to continue as such under Rosenfeld, had committed suicide following the German invasion. Rosenfeld approved of his appointment and arrived at Utrecht in September 1940 and Pais began working on his doctoral dissertation.

Rosenfeld proposed that for his thesis Pais should formulate Rosenfeld's and Møller's meson theory in terms of the five-dimensional space known as projective relativity theory, and then to use this theory to calculate the probability for the disintegration of deuterons when irradiated by energetic photons. Pais set to work studying projective relativity, meson theories, and nuclear physics related to the deuteron.

In November 1940 the German authorities issued a decree banning Jews from all civil service positions, including academic posts. Pais therefore lost his assistant professorship, though Rosenfeld secretly arranged for his successor to unofficially share the responsibilities and salary of the position with Pais. Professor Leonard Ornstein, however, lost his directorship of and access to the laboratory and died a broken man on May 20, 1941. A subsequent German decree ordered that doctorate degrees could not be issued to Jews after June 14, 1941. Pais worked feverishly to complete his dissertation and meet other requirements for his doctorate. He obtained his doctoral degree in on June 9, just five days before the deadline. His was the last Ph.D. issued to a Dutch Jew until after the war.

During his student years Pais had been involved in the Zionist movement, through which he became acquainted with Trusha (Tirtsah) van Amerongen and Tina (Tineke) Strobos, and developed a close friendship with these two women and their families.

The Germans began to gradually restrict the activities of the Dutch Jews and in early 1942 required them to wear yellow stars. At first Pais felt safe because his former university status exempted him from being sent to a labor camp. In early 1943, however, the German authorities issued orders for the university Jews to report to for their own safety, where they would be housed in a chateau. Pais did not trust that and instead went into hiding. Those who reported to Barneveld were later sent to the where most of them did not survive.

His friend Tina Strobos was not Jewish and thus was free of restrictions and threat of incarceration. She arranged hiding places for Pais and other Jews in Amsterdam. The Germans began forcing the Dutch Jews into a ghetto in the old Jewish quarter of Amsterdam, his sister Annie and her husband Hermann complied. Tina found them a place to hide, but despite Pais's urgent pleas for them to take advantage of it, they didn't think it necessary. Annie was later killed at the . Tina had found refuge for Pais's parents on a farm outside Amsterdam where they survived the war. She also acted as a courier between Pais and his parents during the war, though neither knew of the other's specific location.

His last hiding place was in an apartment with his university friend Lion Nordheim, his wife Jeanne, and her sister Trusha van Amerongen. In the course of his hiding he kept in touch with the scientific community through visits at his hiding place by Hendrik Kramers and Lambertus Broer. Jeanne and Trusha had blond hair and blue eyes and ventured out in public as non-Jews, while Lion and Pais hid in the apartment. In March 1945, however, they were betrayed and all four were arrested. The same week the Americans had crossed the Rhine and cut the rail lines, making impossible their transfer to a concentration camp. The women were soon released. After a month of interrogation by the Gestapo, Pais was released several days before the end of the war. Nordheim was executed ten days before the end of the war.

During World War II, Pais's doctoral dissertation had attracted the attention of , who invited him to come to as his assistant. Pais was forced into hiding before he could leave the Netherlands. In 1946, following the war, Pais was able to accept that invitation and served as a personal assistant to Bohr at his country home in for a year.

In 1947 he accepted a position at the in the and thus became a colleague of .

For the next 25 years he worked on theory with a primary interest in and symmetry. The technical contributions for which he is recognized include a precise definition of with , and his treatment of .

He is primarily associated with two concepts that directly contributed to major breakthroughs in his field. The first was the idea of "associated production" to explain the puzzling properties of s. His ideas and those of resulted in the idea of a called . The second concept was Pais's and Gell-Mann's theory regarding the composition of the long-lived neutral (KL), which challenged the classical notion of a particle, but was later proven essentially correct.

In 1963 Pais accepted a position at to head the theoretical physics group while Rockefeller was in transition from being a medical institute to a university. He finished his career there as the Detlev W. Bronk professor emeritus.

In the late 1970s Pais became interested in documenting the history of modern physics. He felt he was in a unique position to do so, having known many of the key people and with his knowledge of the language, culture, and science.

His "Inward Bound: Of matter and forces in the physical world" (Clarendon Press/Oxford University Press, 1988) describes the events in physics during and preceding 100 years, and tries to explain why they happened as they did.

In 1991 he published "Niels Bohr's Times: In physics, philosophy, and polity" (Clarendon Press/Oxford University Press, 1991) which describes the life and scientific contributions of Bohr.

In 1995 he teamed with and Sir to compile a three-volume reference collection of articles portraying the scientific and cultural development of modern physics in "Twentieth Century Physics" (American Institute of Physics and the Institute of Physics, U.K., 1995). That same year Rockefeller University awarded him the Lewis Thomas Prize for Writing about Science.

"A Tale of Two Continents: A physicist's life in a turbulent world" (Princeton University Press, 1997) was his autobiography. It refers to the 'esemplastic power of the imagination'.

His book "The Genius of Science: A portrait gallery" (Oxford University Press, 2000) contains biographies of twelve distinguished physicists he had known personally, including , , , , , , , , and .

Pais was working on a biography of at the time of his death. It was finished by and published posthumously as "J. Robert Oppenheimer: A life" (Oxford University Press, 2006). It is the most complete biography of Oppenheimer to date.

The has awarded an annually since 2005.

After his retirement Pais and his wife Ida Nicolaisen spent half their time in where he worked at the .

Pais died of heart failure in .