Anarchy in the U.K.

Anarchy in the U.K. 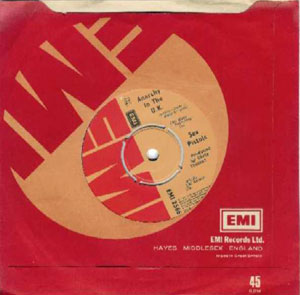 The single was the only Sex Pistols recording released by , and reached number 38 on the before EMI dropped the group on , a month after the televised Bill Grundy incident. The song later appeared on the album "". The song's lyrics espouse a nihilistic and violent concept of . The lyrics mention several political/ organizations prominent at the time, comparing them to the UK: the , the UDA, and the IRA.

Anarchy in the UK was covered by American band for their third album "", released in 1988. 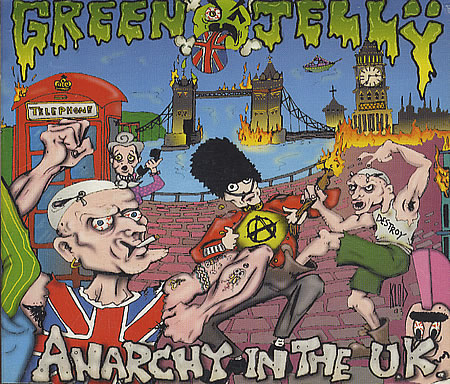 Anarchy in the UK was covered by American metal band .

's is a parody cover of the original. This version takes the original song and combines it with references. Although the songs proper title is "Anarchy in the UK," it was originally titled "Anarchy in Bedrock" on Green Jellÿ's (Then 's) "" album.