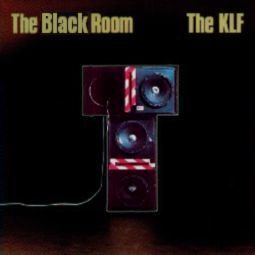 "The Black Room" is a never-completed LP by The KLF/The Justified Ancients of Mu Mu, originally intended to be a complement to their earlier LP "".

said of it in December 1990: "The 'Black Room' album will all be this kind of electro turbo metal. It's not really industrial like, say, , because it's coming from house and has an uplifting vibe about it. But it's so heavy it will just pin you to the floor."; [Blackmore, R., "Pump Up The Jams", , December 1990 ( [http://www.libraryofmu.org/display-resource.php?id=176 link] )] while said of it in 1991: "It's the compete yang to the yin of "The White Room". It'll be very very dense, very very hardcore. No sort of 'up' choruses or anthems. I think it's going to be techno-metal, I think that's gonna be the sound. Techno-metal. Which'll be... a cross between Techno and Heavy Metal. with ."

"The Black Room" was scheduled for release by KLF Communications for the end of 1991, which was put back to March 1992Fact|date=February 2007. At some point, band were employed, and the two bands were still recording in February 1992 when The KLF scrapped the sessions. "What actually happened," said ENT singer Dean "was that Bill heard us on [John Peel| [John] Peel] when he was in the bath and got in touch. They had wanted to do rock versions of their songs with but something fell through, so he rang us... The message said it's Bill from The KLF, but I thought they said 'the ALF' so I didn't take much notice... Later, we got anther message saying it was definitely Bill from The KLF and I said 'f--- off! What does he want with us?' But it all got explained eventually." Asked how they have found working with "the pop genius of the age" the band agreed on a party line: "Just say that he's mad, barking bleedin' mad..."

, the engineer/producer for these sessions, thought the music was pure genius. "The most awesome track for me was one called "The Black Room and Terminator 10" which was like a very slow tempo thrash. It was mad. It was brilliant, absolutely brilliant, and it would have shown a lot of people up because it was as ballsy as hell. Guitars screaming all over the place, Bill doing his vocals and Dean (of ENT) doing his. There was such a raw power to it. It was so different from anything anyone else had ever heard. This was really heavy." ["Who Killed The KLF?", "Select", July 1992 [http://www.libraryofmu.org/display-resource.php?id=315 link] ]

In "", Drummond said:cquote|Z asks about the Black Room album that me and Jimmy as The Justified Ancients of Mu Mu started but were too afraid to complete. I tell him how, when I was standing in the twilight of the recording booth, the microphone in front of me, Jimmy's magnificent metal guitar riffs roaring in my headphones, a voice came out of me which I had never heard before, words flowed that I had never written and a precipice appeared before me. I crept forward and looked over the edge: the abyss. The Justified Ancients of Mu Mu's LP, The Black Room, was never finished.

But Z keeps talking and I'm warming to his persuasions. He feels that Jimmy and I are evading our responsibilities; we should return to our war-horse and complete the task. And yes, right now I believe Z may be right. But maybe Jimmy and I should wait until we are both over fifty before we record the sound of us as battle-scarred veterans of a hundred mercenary campaigns, when the music would not be drawn from our fading libidos but from the horror of life spent confronting that abyss - kinda like Milton backed up by . [Drummond, Bill and Mark Manning, "Bad Wisdom", p206 (ISBN 0-14-026118-4)]

Instrumental outtakes purportedly from the February 1992 Black Room sessions circulate. However, they have been impossible to verify since they are guitar parts only and feature none of Bill Drummond's vocals. Asked if the sessions would ever be released, Jimmy Cauty said "There is a bootleg flying around. I haven't heard it. I thought I had the only copy, but I guess there might have been another one made." [Butler, B., interview with Jimmy Cauty for "", 18 June 2003 ( [http://www.libraryofmu.org/display-resource.php?id=538 link] )]