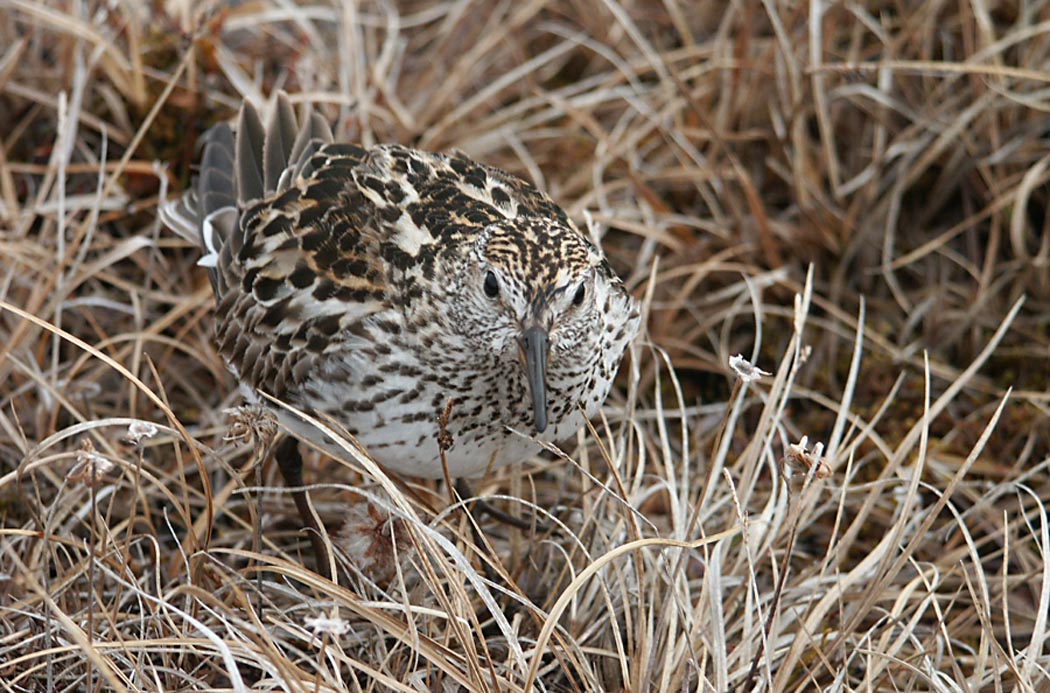 Adults have black legs and a small thin dark bill. The body is dark brown on top and mainly white underneath, with brown streaks on the breast and a white rump. They have a white stripe over their eyes. This bird shows long wings in flight. In winter , this species is pale gray above. This bird can be difficult to distinguish from other similar tiny shorebirds; these are known collectively as "peeps" or "s".

One of the best identification features is the long wings, which extend beyond the tail when the bird is on the ground. Only the also shows this, and that can be distinguished by the lack of a white rump.

Their breeding habitat is the northern tundra on islands in and . They nest on the ground, usually well-concealed in vegetation.

They are a long distance migrant, wintering in northern . They are rare but regular vagrants to western . The species is a rare vagrant to Australia.

These birds forage by probing on mudflats or tundra or picking up food by sight in shallow water. They mainly eat insects, mollusks and marine worms, also some plant material.

Hybrids between this species and the are occasionally found in northeastern (McLaughlin & Wormington, 2000, and external link below); the White-rumped Sandpiper is also suspected to hybridize with the .