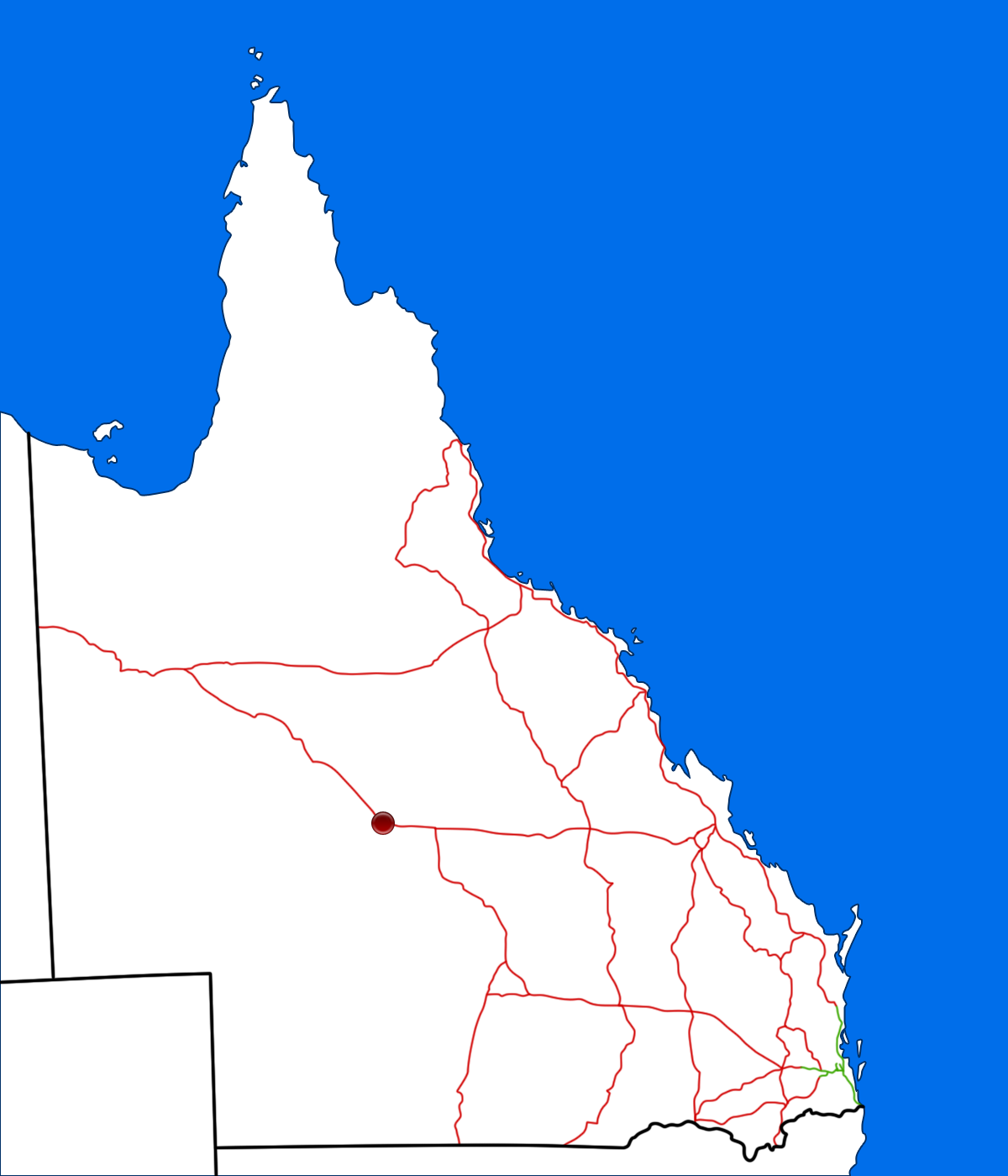 Longreach is a located in central western , and is approximately 700 kilometres from the coast, west of Rockhampton. The town is named after the 'long reach' of the Thomson River on which it is situated and was gazetted a town in 1887. In 1892, the railway reached the town, and the population began to grow. It is the administrative centre of the Longreach Local Government Area.

The town lies on the , and the shire's population is 4368 (by 2001 census). The main industries of the area are cattle, sheep, and, more recently, tourism. The town is home to the , which prepares students for work in the agricultural and pastoral industries. Adjacent to the college is the Longreach School of Distance Education, which provides lessons to remote students, formerly by HF radio, but now using telephone lines.

Longreach was one of the founding centres for the Australian domestic and international airline, . One of the airline's original hangars remains in use at the . The town is now the home of the , which includes amongst its displays a decommissioned Boeing 747-200 aircraft, registration VH-EBQ, "The City of Bunbury."

Longreach is also the home of the , which was officially opened in 1988 by Queen Elizabeth II. The aim of the centre is to showcase the history and the culture of life in rural Australia. Since its opening, over 1 million people have passed through the doors.

Longreach is home to the Australian Agricultural College Corporation's Longreach Campus. It was known previously as the Longreach Pastoral College. The campus was opened in 1967.

A number of Queensland towns have their streets named to a theme. In the case of Longreach, the streets are named after birds, the main street being Eagle Street.