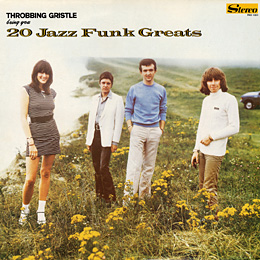 "20 Jazz Funk Greats" is the third full-length album by pioneers . It is considered to be the group's most accessible release, landing at number 91 on 's top 100 albums of the 1970s. The track "Still Walking" also appears on the live album "", although with a radically different structure.