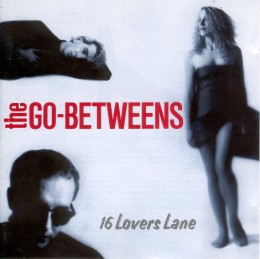 "16 Lovers Lane" was the sixth by group , released in 1988 by . Prior to the recording of the album, longtime Robert Vickers left the band when the other group members decided to return to Australia after having spent several years in , England; he was replaced by John Willsteed. The album was recorded at Studios 301 in , Australia, between Christmas 1987 and Spring 1988.

"16 Lovers Lane" was the final release from the original version of the band. The Go-Betweens broke up in 1989 and would produce no other material until and Robert Forster reformed the band, with a completely different lineup of personnel, in 2000.

The original release of the album contained ten songs, most of them written about Amanda. [cite episode
title = The Go-Betweens (16 Lovers Lane)
episodelink =
series = Great Australian Albums
serieslink =
airdate = 2008-09-06
season = 2
number = 1 ] In 2004, issued a greatly expanded CD which included a second disc of ten and s for the songs "" (two versions) and "Was There Anything I Could Do?" which were filmed to promote "16 Lovers Lane" at the time of its initial release.

All songs written by Grant McLennan and Robert Forster.

All songs written by McLennan and Forster, except "You're A Big Girl Now", written by .

*Michael Armiger - bass on "Running the Risk of Losing You"