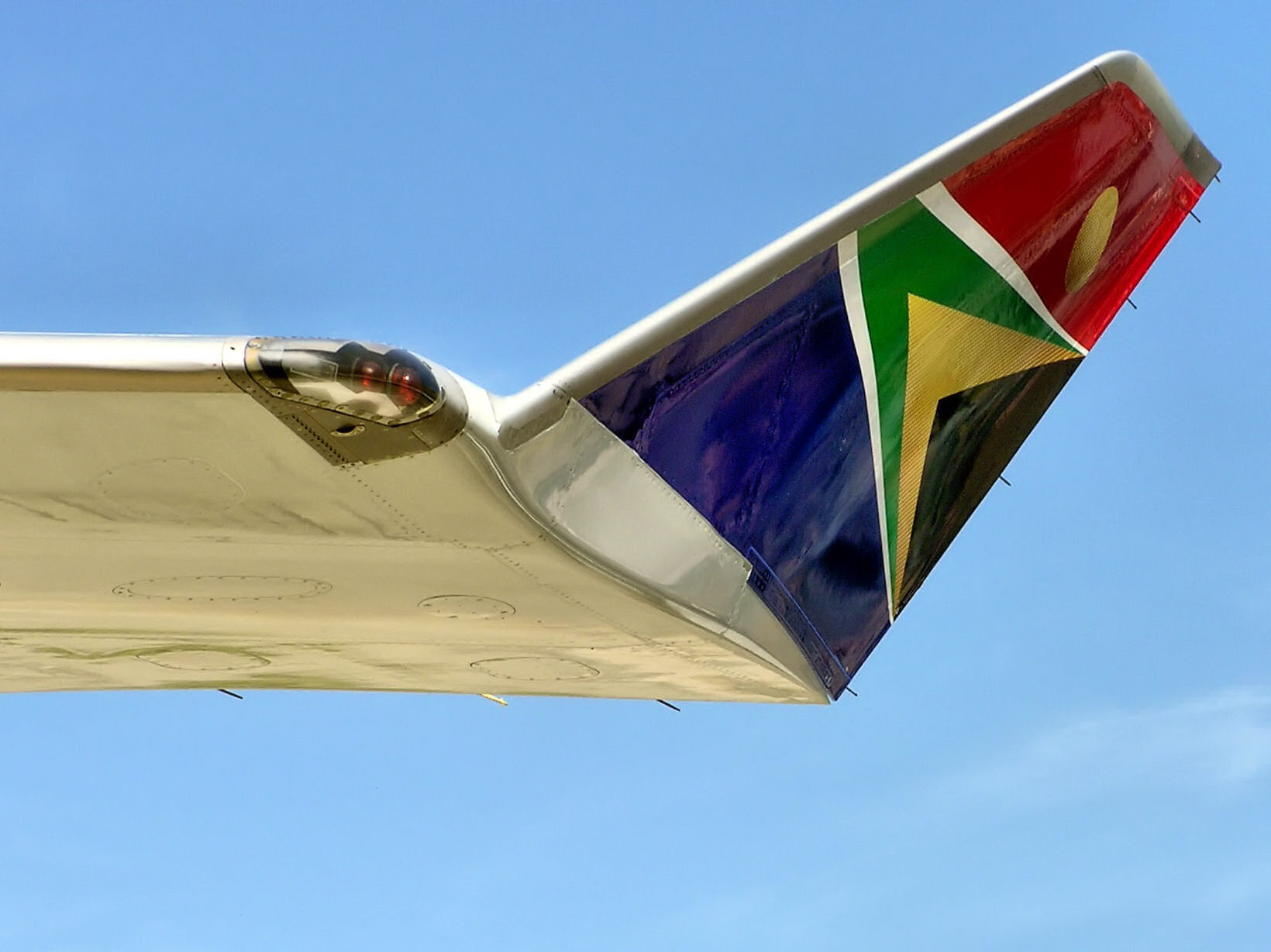 Wingtip devices are usually intended to improve the efficiency of .

The wingtip devices increase the lift generated at the wingtip, and reduce the caused by , improving . This increases in powered aircraft, and cross-country speed in , in both cases increasing range. studies indicate that a given improvement in fuel efficiency correlates directly with the causal increase in L/D ratio. [ Assessment of Wingtip Modifications to Increase the Fuel Efficiency of Air Force Aircraft, National Academies Press, 2007, p.33]

A winglet is a near vertical extension of the s. The upward angle (or "cant") of the winglet, its inward angle (or "toe"), as well as its size and shape are critical for correct performance, and unique in each application. The vortex which rotates around from below the wing strikes the cambered surface of the winglet, generating a force that angles inward and slightly forward, analogous to a sailing . The winglet converts some of the otherwise wasted energy in the wing tip vortex to an apparent .

This small contribution can be very worthwhile, provided the benefit offsets the cost of installing and maintaining the winglets during the aircraft's lifetime. Another potential benefit of winglets is that they reduce the strength of wingtip vortices, which trail behind the plane. When other aircraft pass through these vortices, the turbulent air can cause loss of control, possibly resulting in an accident.

The A340, and the Boeing 747-400 use winglets. Other designs such as Boeing 777 and the 747-8 omit them in favor of raked wingtips, because the gain available is very small and would make the aircraft too large for a standard airport gate. Large winglets are mainly useful for short distance flights, where the benefit in climb performance is more important. Raked wingtips are now preferred over small winglets for long distance flights where cruise performance is more important.

The initial concept came from , an Englishman, in 1897, when he patented wing end-plates to control wingtip vortices.

NASA's most notable application of wingtip devices is on the . Located on the 747's horizontal stabilizers, the devices allow for stability under the weight of the .

Even before NASA did flight testing on winglets, incorporated them in his innovative aircraft design, making the first flight with winglets on , 1975. The VariEze pioneered composite construction in homebuilt aircraft, which simplified fabrication of the winglets. He avoided any drag penalty by using winglets to do double duty, serving as the s in his rear wing, canard, . They were also used similarly on the derivative , and reappeared on his business aircraft design that first flew in 1986.Fact|date=April 2008

Conventional winglets were fitted to Rutan's , the first fixed-wing aircraft to circumnavigate the world without refueling in 1987. However, the aircraft's wingtips were damaged as they dragged along the runway during takeoff and Dick Rutan, who was piloting, sideslipped the plane to cleanly shear off the winglets so that they would not pose a risk to the fuel tanks.Fact|date=April 2008

Learjet exhibited the prototype Learjet Model 28 at the 1977 convention. The Model 28 prototype employed the first winglets ever used on a jet and a production aircraft, either civilian or military. Learjet developed the winglet design without NASA assistance. Although the Model 28 was intended to be a prototype experimental aircraft, performance was so impressive it resulted in a production commitment from Learjet. Flight tests made with and without winglets showed that the winglets increased range by about 6.5 percent and also improved directional stability. Learjet’s application of winglets to production aircraft continued to newer models including the Learjet 55, 31, 60, 45, and .

Winglets are also applied to many other business jets to reduce take-off distance, enabling operation out of smaller secondary airports, or allowing higher cruise altitudes for overflying bad weather, valuable operational benefits for corporate travel. In addition to factory installed winglets on new aircraft, aftermarket vendors developed retrofit kits for popular jets and turboprops, to improve both aerodynamics and appearance. Winglets became so popular on this class of aircraft, that , whose French designers resisted applying them on their Falcon Jet line until recently, were forced to run a marketing campaign. recently announced they were partnering with Winglet Technology, LLC of to test a new wingtip device called Elliptical Winglets, which are designed to increase range and increase payload on departures. [Aero-news.net [http://www.aero-news.net/index.cfm?ContentBlockID=7c28af6c-9576-41d4-97df-88d10885156c Winglets Coming For Citation X Bizjets] , -]

announced a new version of the 747, in October 1985, known as the 747-400, with extended range and capacity. With this particular model, Boeing used a combination of winglets and increased span to carry the additional load. The winglets increase the 747-400 range by 3.5 percent over the 747-400D, which is otherwise aerodynamically identical but has no winglets.

In 1987, called on , an associate professor of aerospace engineering, about designing winglets to improve performance on his 15-meter wingspan racing . Others had attempted to apply Whitcomb's winglets to gliders before, and they did improve climb performance, but this did not offset the parasite drag penalty in high speed cruise. Masak was convinced it was possible to overcome this hurdle. [ [http://www.engr.psu.edu/newsevents/EPS/v16n3_2000summer/tip.htm The tip of the iceberg by Curtis Chan] . Accessed , ]

By trial and error, they ultimately developed successful winglet designs for , using a new PSU–90–125 designed by Maughmer specifically for the winglet application. At the 1991 in , the trophy for the highest speed went to a winglet equipped 15-meter class limited wingspan glider, exceeding the highest speed in the unlimited span Open Class, an exceptional result. [cite journal |quotes= |last=Masak |first=Peter |authorlink= |coauthors= |year=1992 |month=Apr/May |title=Winglet Design for Sailplanes |journal=free flight |volume=1992 |issue=2 |pages=8 |id=ISSN 0827 – 2557 |url=http://www.postfrontal.com/PDF/Winglets_01.pdf |accessdate=2006-01-07 ] Masak went on to win the 1993 U.S. 15 Meter Nationals gliding competition using winglets on his prototype Scimitar sailplane. [ [http://mifflin.soaringweb.net/contests.htm Mifflin Soaring Contest: Past Contest Results] Accessed , ] The Masak winglets were originally retrofit to production sailplanes, but within 10 years of their introduction, most high-performance gliders were equipped from the factory with winglets, or some other wingtip device. [ [http://www.mandhsoaring.com/articles/WL-Soaring.pdf About Winglets by Mark D. Maughmer] . Accessed , ] It took over a decade for winglets to first appear on a production airliner, the original application that was the focus of the NASA development. Yet, once the advantages of winglets were proven in competition, adoption was swift with gliders. The point difference between the winner and the runner-up in soaring competition is often less than one percent, so even a small improvement in efficiency is a large competitive advantage.

Many non-competition pilots installed them for the handling benefits, including increased and roll authority, and reduced tendency for wing tip stall. The benefits are notable, because sailplane winglets must be removable to allow the glider to be stored in a trailer, so they are usually installed only at the pilots' preference.

Some airlines capitalize on the visibility of winglets to passengers. , , , and advertise their website addresses on the inboard side of their 737's winglets.

Winglets are employed on many aircraft types, some notable examples are:

A wingtip fence is a winglet variant with surfaces extending both upward and downward from the wingtip. Both surfaces are shorter than or equivalent to a winglet possessing similar aerodynamic benefits.

Wingtip fences are the preferred wingtip device of , employed on all their airliners except for the A330 and A340 families. The will also make use of winglets rather than wingtip fences.

A blended winglet is intended to reduce interference drag at the wing/winglet junction. A sharp interior angle in this region can interact with the flow causing a drag inducing vortex, negating some of the benefit of the winglet. The blended winglet is used on business jets and sailplanes, where individual buyer preference is an important marketing aspect.

Blended winglets have been offered as an aftermarket retrofit for Boeing 737, 757 and with winglets series aircraft by , and the 737 version is now standard on the derivative. Many operators have retrofitted their fleets with these for the fuel cost savings. Aviation Partners has also developed winglets for the 767-300ER with being the first customer. Airbus tested similar blended winglets designed by Winglet Technology for the A320 series,

Raked wingtips are a feature on some s, where the tip of the wing has a higher degree of sweep than the rest of the wing. The stated purpose of this additional feature is to improve , climb performance and to shorten takeoff field length. It does this in much the same way that winglets do, by increasing the effective of the wing and interrupting harmful . This decreases the amount of experienced by the aircraft. In testing by Boeing and NASA, raked wingtips have been shown to reduce drag by as much as 5.5%, as opposed to improvements of 3.5% to 4.5% from conventional winglets. An increase in wingspan is generally more effective than a winglet of the same length, but may present difficulties in ground handling. For this reason, Boeing's short-range 787-3 design currently calls for winglets, instead of the raked wingtips featured on all other 787 variants.

Raked wingtips are or are planned to be employed on:

Non-planar wingtips are normally angled upwards in a polyhedral wing configuration, increasing the local near the wing tip. These provide the wake control benefit of winglets, with less parasite drag penalty if designed carefully. The non-planar wing tip is often swept back like a raked wingtip, and may also be combined with a winglet. A winglet is also a special case of a non-planar wingtip.

Aircraft designers employed mostly planar wing designs with simple dihedral after , prior to the introduction of winglets. With the wide acceptance of winglets in new sailplane designs of the 1990s, designers sought to further optimize the aerodynamic performance of their wing tip designs. Glider winglets were originally retrofit directly to planar wings, with only a small, nearly right-angle transition area. Once the performance of the winglet itself was optimized, attention turned to the transition between the wing and winglet.

The Spiroid winglet, a winglet that loops back onto the wing to attempt to eliminate winglet tip induced vortices, is under development. [citeweb|title=Spiroid Tipped Wings|url=http://www.aviationpartners.com/spiroids.html|publisher="aviationpartners.com"|accessdate=2008-05-08]

Non-planar wingtips (without winglets) are or will be employed on:

There has been research into actuating wingtip devices, including a filed patent application,