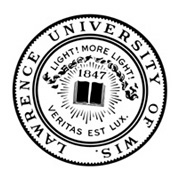 Lawrence University is a private liberal arts college located in Appleton, . Founded in 1847, the first classes were held on , . Lawrence was the second college in the to be founded .

Lawrence University has a convert|425|acre|km2|sing=on northern campus, , in . Björklunden serves as a site for retreats, seminars, concerts, and theatrical performances. Donald and Winifred Boynton of , donated the property to Lawrence in 1963.

Lawrence University is known by many for the broadcast every January over the college radio station .

Lawrence's first president, founded the school with , using $10,000 provided by famed , and matched by the church. Both founders were ordained Methodist ministers, but Lawrence was Episcopalian. The school was originally named Lawrence Institute, documented in its 1847 charter from the Wisconsin Territorial Legislature.

Lawrence's first period of major growth came during the tenure of as president. From 1894 until 1924, Plantz presided over the school and led its student body to grow from 200 to 800.

From 1913 until 1964, the school was named Lawrence College, to emphasize its small size and education focus. The name was changed to Lawrence University when it joined with , symbolizing the two schools united as one. Initially, the university designated two entities: Lawrence College for Men and Downer College for Women. This separation has not lasted in any material form, though degrees are still conferred "on the recommendation of the Faculty of Lawrence and Downer Colleges" and the university by-laws still make the distinction.

The Lawrence Conservatory of Music, affectionately referred to as "the Con," was founded in 1894. The university confers a degree and also offers a five-year program leading to a in addition to the degree.

Lawrence University is distinguished by originating the idea of . Freshman Studies at Lawrence is a mandatory two trimester class that panoptically exposes students to notable literature from many fields. President is credited with initiating the program in 1945, although Professor Waples chaired the Freshman Studies Committee and was responsible for actually getting the program off the ground. The program has continued to this day, despite being temporarily suspended in 1974, and has been adapted by many liberal arts colleges.

The and heritage of Milwaukee-Downer are woven into the Appleton campus, from the grove of hawthorn trees (called Hawthornden) between Brokaw and Colman halls, to the on the back of Main Hall, to the bestowing upon each class year a class color and banner. Milwaukee-Downer alumnae are generous both financially and spiritually to Lawrence University, attending yearly reunions and other events there, and contributing to the school's endowment. The State of Wisconsin purchased the Milwaukee-Downer property and buildings to expand the campus of the . When the University had separate offices for a "Dean of Women" and a "Dean of Men", the officer overseeing women students was called the "Dean of Downer." That title is still borne by the senior woman on the faculty, but her only duty now is carrying the Downer mace in academic processions. For many years the women's choir was called the Downer Chorus. At one time the BA was conferred upon women in the name of "Downer College of Lawrence University" and upon men in the name of "Lawrence College of Lawrence University"; now all BA degrees are conferred in the name of "Lawrence & Downer Colleges of Lawrence University."

Lawrence consistently ranks in the first tier of liberal arts colleges in the report released by "".

Lawrence is also highlighted as a "Best Value" by the Princeton Review. The school has a strong program: it is one of the few colleges in America that has admissions, and the college awards both need and merit-based financial aid to over 93% of its students.

Unlike most colleges, Lawrence University operates on a trimester calendar. A complete academic year runs from late September to mid-June.

The student/faculty ratio at Lawrence is 9:1, much lower than the national average. This allows for small class sizes and individual attention from professors.

Lawrence distributes Bachelor of Arts and Bachelor of Music degrees. A is possible and double degree students are not uncommon. Lawrence offers a number of cooperative degree programs in areas such as and .

The college has major programs in most areas of the . The school also offers the option of majors and allows students to create their own majors. All students are required to take Freshman Studies, which introduces students to broad areas of study and provides a common academic experience for the college.

In 2005, Lawrence University began the [http://www.lawrence.edu/dept/fellows/ Lawrence Fellows Program] , initially selecting eight recent Ph.D.s to teach and research at Lawrence for a period of two to three years. The goal is to expand the program to twenty Ph.D.s.

In 2005/06, the Lawrence University men's basketball team's record was 25-1, and was ranked number one in for much of the season after starting the season unranked. The team was the only undefeated team in all divisions of college basketball for the last six weeks of the season. Star forward Chris Braier won the Josten's Award as the top player in the country, an award for both playing ability and community service. Coach John Tharp was named Division III Midwest Coach of the Year. Excitement among fans caused attendance to increase to capacity for home games, causing local fire officials to demand that Lawrence cap attendance for the NCAA tournament games that Lawrence would host. The university decided to issue passes to attendees.

Lawrence enrolls about 1,400 students. The school's students hail from nearly every U.S. state, though the majority of them are from and other states.

The school has a low number of American minority students: over 75% of the students identify as white. However, Lawrence has a significant number of s : about 12%.

* William Baird, vice-president of
* , feminist writer and activist
* , chairman and managing director of the
* , associate justice of the Wisconsin Supreme Court
* , Professor of Romance Languages and Literatures and Director of Graduate Studies in French at
* ,
* , chairman
* , author
* , governor of
* , congressman from
* , president and chairman of
* , confidant of
* , Professor of History at
* , watercolor painter
* , former congressman from
* , chairman and CEO of
* , Emmy-award winning cinematographer
* , Wisconsin
* , and music theorist
* , CEO of .
* , chief White House correspondent for
* , U.S. ambassador to
* , CEO and Founder of
* - Methodist missionary in the Amazon
* - Marathon Runner
* , singer-songwriter
* , author of stories, poems, songs, and books on gardening
* , video game designer at
* , General Secretary of
* , actor
* , Oscar-winning writer-director
* , chairman of the
* ,
* , U.S. Senator from Missouri
* ,