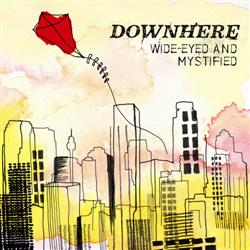 Wide-Eyed and Mystified is the third album released by the Christian Rock group . The album was released in 2006, three years after the previous album, . It is the group's first album released through , their previous two bring released through . For a LIMITED time as a pre-release to there 4th release Ending Is Beginning Release Date: September 23, 2008.

This album won a 2007 Juno Award for Contemporary Christian/Gospel Album of the Year.