Ouachita Baptist University is a private, liberal arts, undergraduate institution located in Arkadelphia, Arkansas, which is about 65 miles southwest of Little Rock. The university's name is taken from the Ouachita (pronounced Wash'-uh-taw) River, which forms the eastern campus boundary. It is affiliated with the Arkansas Baptist State Convention. The student body is approximately 45% male and 55% female.

Ouachita Baptist University (OBU) was founded as Ouachita Baptist College on September 6, 1886 and has operated continually since that date. It was originally located on the campus of Ouachita Baptist High School. Its present location is on the former campus of the Arkansas School for the Blind, which relocated to Little Rock.

In 1965 the College changed its name to Ouachita Baptist University. Recent years have seen a steady expansion of the campus, including the Harvey Jones Science Center (1997), the Frank D. Hickingbotham School of Business in Hickingbotham Hall (2006) and the Student Village residence halls (2009).

OBU operates on the traditional credit hour system. The student to faculty ratio is approximately 13:1. The university has been highly ranked in a number of college surveys, including being ranked the No. 1 Regional College in the South by U.S. News & World Report for four consecutive years since 2008. There is a joint Reserve Officer Training Corps (ROTC) program with neighboring Henderson State University. The OBU ROTC program dates back to 1886 and has at times been called the "West Point of the Ozarks" for the large number of U.S. Army officers it produced.

Ouachita is primarily a residential campus, with 94% percent of the students living in one of eight on-campus dorms and five off-campus apartment complexes. Only students who have family in the area or who are over the age of 22 are allowed to live elsewhere. Campus policies restrict students visiting the rooms of those of the opposite sex to special visiting hours and under strict guidelines.

Ouachita does not allow nationally-affiliated social fraternities or sororities, but there are local fraternities and sororities called "social clubs." Approximately 20% of the student body are members of such clubs. Annually during Homecoming Weekend the social clubs produce a musical show called Tiger Tunes. There are also more than 40 student organizations. The Campus Activities Board offers concerts, movies and the Office of Campus Ministries offers other activities for students.

OBU fields intercollegiate men's teams in football, baseball, basketball, golf, swimming, tennis, soccer and wrestling. Women's sports include basketball, swimming, tennis, volleyball, cross country, soccer, softball and golf. The school mascot is the Tiger, and colors are purple and gold. As of Fall 2011, Ouachita will begin competition in the Great American Conference, after previously being a member of the Gulf South Conference. The Great American Conference consists of 6 schools from Arkansas and 3 schools from Oklahoma.

Ouachita has an intense crosstown rivalry with Henderson State University, a public university located across a small ravine from the Ouachita campus. The annual "Battle of the Ravine" between the two schools is the fifth oldest football rivalry in college sports. The teams first met in 1895.

Successful intercollegiate teams include the 2009 swimming teams, with the men's team finishing fifth in the nation and the women's team sixth. The 2008 Ouachita baseball team finished second in Division II.[3]

Several intramural sports are also available for both men and women. These include football, basketball, softball, racquetball, volleyball, dodgeball, indoor hockey and tennis. 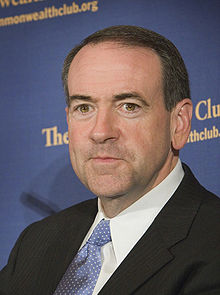