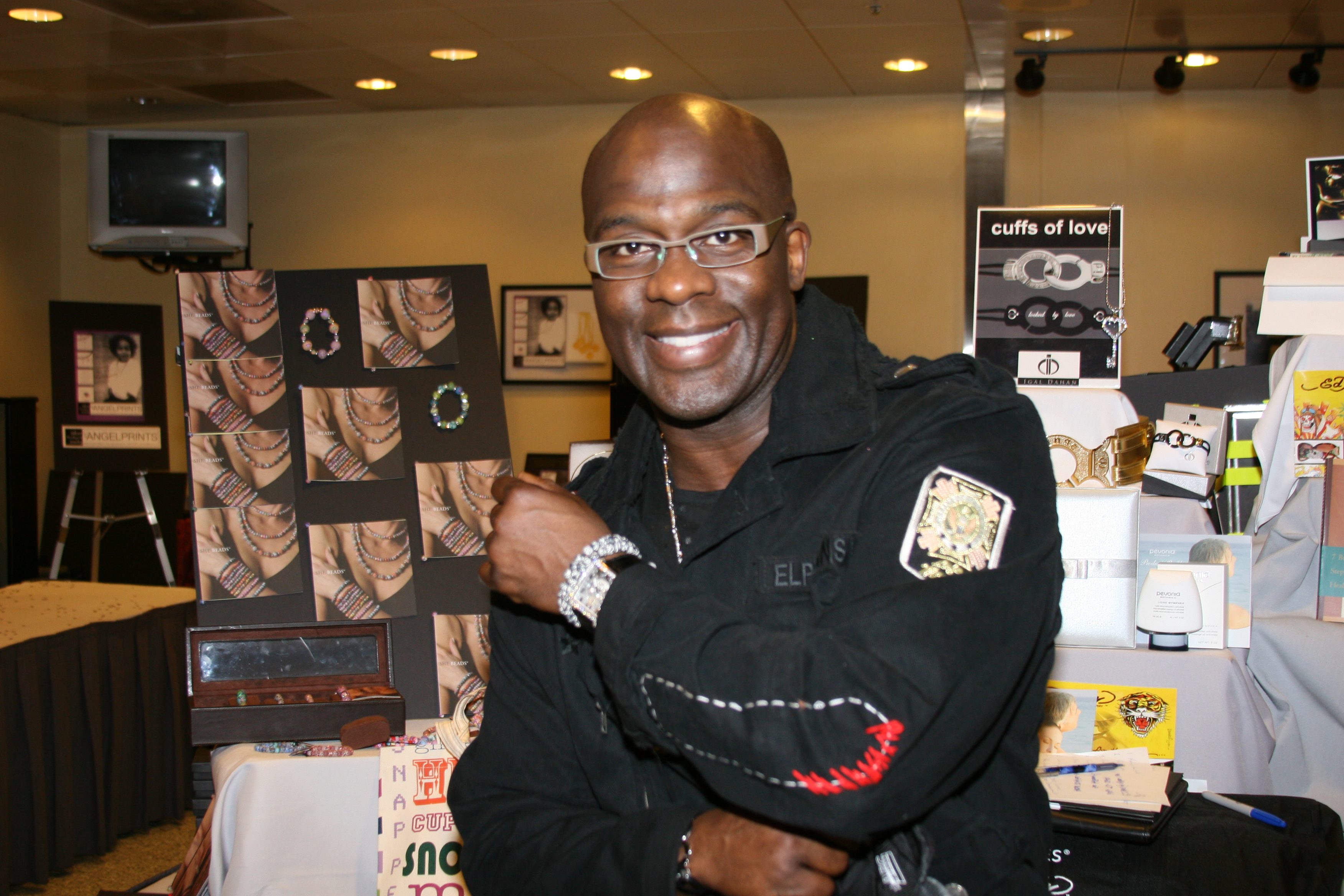 Benjamin "BeBe" Winans (born ) is a -winning gospel and R&B . He is a member of the noted , most members of which are also gospel artists.

He released several s, first with his sister , and later as a solo artist. The television show "" (then known as "") took interest in BeBe and his sister CeCe as background vocalists for the show. After going to to audition they were accepted. BeBe and CeCe moved to the PTL campus in North Carolina, and were on the show for about five years.

During their time on PTL, BeBe and CeCe recorded "Lord Lift Us Up" on PTL's label after popular demand on the show. Eventually the success warranted another effort: a full length album. The album did well on the charts. BeBe and CeCe left PTL to pursue their singing career and recorded five albums together including self titled "BeBe & CeCe Winans", "Heaven", "Different Lifestyles", "First Christmas" and "Relationships". In 1995, BeBe and CeCe split up to pursue solo careers.

BeBe signed with Atlantic records and delivered a self-titled solo debut in 1997. The album featured the singles "In Harms' Way", "Thank You", and the international crossover hit "I Wanna Be The Only One" featuring British soul quartet .

The next album released was the fruit of a new deal with Motown Records. "Love & Freedom" was released in 2000 and featured production from , , and others. The lead single "Coming Back Home" was a slow swinging ballad featuring R&B luminaries Brian McKnight and Joe. Another single was BeBe's remake of the classic "" featuring his older brother Marvin (, ) and Stevie Wonder himself. [cite web|url=http://www.gospelflava.com/reviews/bebewinans.html|title=BeBe Winans: Love & Freedom|publisher=GospelFlava.com]

Two years later, a live album "Live & Up Close" followed. The album was recorded live at BET studios and featured guests such as his sister Debra Winans-Lowe and . The set was released on both CD & DVD. The CD included the studio version of "Do You Know Him?" which served as the album's first single. [cite web|url=http://www.gospelflava.com/reviews/bebewinanslive.html|title=BeBe Winans: Live And Up Close|publisher=GospelFlava.com]

By 2003, BeBe had started his own record label, The Movement Group, and partnered with Still Waters, an inspirational and gospel imprint of . [cite web|title=BeBe Winans' New Record Label: Movement Detected on Still Watrers|url=http://www.gospelcity.com/dynamic/industry-articles/industry_news/17|publisher=GospelCity.com|date=September 12, 2003] The first album under this deal was 2004's largely orchestral holiday album entitled "My Christmas Prayer" which first appeared exclusively for sale at Starbucks coffee shops nationwide. [cite web|title=Starbucks Hear Music, Bebe Winans and Hidden Beach Join Together to Offer Holiday CD Exclusively at Starbucks Stores|publisher=Business Wire|date=2004-11-08|url=http://findarticles.com/p/articles/mi_m0EIN/is_2004_Nov_8/ai_n6336967] Between releases, BeBe made his film debut with a small role in the 2004 remake (featuring ) of "The Manchurian Candidate".

Early the next year, BeBe released his third proper solo album "Dream" featuring the single "I Have A Dream". [cite web|title=BeBe Winans to release Dream in February|url=http://www.gospelcity.com/dynamic/industry-articles/industry_news/137|publisher=GospelCity.com|date=November 17, 2004] The song featured samples of the historic speech by Martin Luther King, and was released to several radio stations to coincide with King's birthday celebrations. [cite web|title=Hidden Beach Recordings Celebrates the MLK Holiday and King's Historic Speech with Special Radio Broadcasts of the Grammy-Nominated BeBe Winans Recording ``I Have A Dream"|publisher=Business Wire|date=2006-01-13|url=http://findarticles.com/p/articles/mi_m0EIN/is_2006_Jan_13/ai_n16001263] The cover of the album features a hand painted portrait of BeBe standing in front of a Martin Luther King Jr Blvd. street sign. Also "Miracle Of Love," a duet with Angie Stone included on the album, also appeared on a soundtrack of songs inspired by the film "The Passion Of The Christ". [cite web|url=http://www.cbsnews.com/stories/2005/04/08/earlyshow/saturday/secondcup/main686841.shtml|title=The 'Dream' Of BeBe Winans|date=2005-04-09|publisher=CBS News]

He currently hosts his own nationally syndicated radio program, "The BeBe Winans Radio Show". In 1989, BeBe won His First Grammy for Best Soul Gospel Performance, Male for his contribution to "Abundant Life", a track on his brother Ronald's Family & Friends Choir.

*In November 2007, BeBe Winans filed suit in Davidson County (Tenn.) Circuit Court against his former business manager, Eric Peterson. His claims included breach of a managerial contract and of fiduciary duties, as well as fraud. Peterson managed Winans from early 2002 until early 2007. In the lawsuit, a copy of which is available through this link, [cite news |first=Ken|last=Whitehouse|title=Gospel royalty files suit against former business manager|url=http://www.nashvillepost.com/news/2007/11/21/gospel_royalty_files_suit_against_former_business_manager|publisher=|date=2007-11-21|accessdate=2007-11-23 ] , Winans asserted that Peterson stole from him and took advantage of his trust. An example given by Winans was that in February 2002, "Mr. Peterson induced Mr. Winans to execute a power of attorney, representing that it was required to permit Mr. Peterson to perform his services. In fact, on December 31, 2004, Mr. Peterson used the power of attorney to execute a promissory note purporting to obligate Mr. Winans to pay Mr. Peterson himself the sum of $150,000."
*BeBe & CeCe Winans have confirmed a reunion album scheduled for early 2008.
*BeBe Winans is currently starring in Broadway's "The Color Purple" as Harpo as of , . He is starring alongside who is playing his wife, Sofia.• Winans performed a duet with on the 2008 which will be broadcast on ABC on . . WInans and Espinosa sang "I Don't Know Much" as a tribute to honoree .