Ana Lovisa Johnsson (: IPA|ˈana ˈjoːnsɔn) (born in , ) is a Swedish and . Her longplay disc "" was released in April 2004 in Sweden. The international version "The Way I Am" was released some months later. Her second album "" was released in October 2006. Since then it is unknown if she has any future recording plans at all.

Johnsson was born in , to Rolph and Carina Johnsson but later moved to , a village in the province of Värmland. The parents - both architects - contributed to her big interests in design, but in the end music became her main focus.

As a teenager she moved to Karlstad and later, as an exchange student, to USA. She took up skiing as a hobby and was for a while a semiprofessional snowboarder. Back in Sweden she combined studies with jobs in a record shop and as nightclub croupier.

She is fluent in 4 languages - Swedish, English, German and Norwegianfact|date = July 2007.

Johnsson's singing talents became obvious when she was a teenager and fronted of coverband "@groove".

Her big breakthrough started when she heard about the first season of the TV series and decided to give it a go. She succeeded in the final and Ana, Jenny Bergfoth, Malin Olsson, Johanna Landt and Susanna Patoleta formed the band Excellence. They were a huge success, scoring five top 10 hits, sold many albums and completed a sold out tour.

However, Excellence wasn't Johnsson's style of music and she left the band (who only released one further song as a four-piece), working as a solo artist. In the autumn of 2003, she released "The Way I Am" on the radio and it developed into a radio hit in and and it gave her a nomination for the 2004 NRJ Awards in Stockholm. She released her debut album "" in 2004 soon after, only released in . It was later released as "The Way I Am" internationally.

She was approached by the head of Colombia Tristar during a cruise and was invited to contribute a song to the soundtrack of . The song was called "" and it became the first single to come off the soundtrack and was released worldwide. It became a big hit and she released her second album "The Way I Am", which features songs from "" and half a dozen new songs. She says that the 14 songs in the album all have a deep meaning to her. "We Are" reached top 10 in several key territories – including the UK, Germany, Japan – and took the album to high positions in the album charts of close to 20 countries. In the long run, album sales exceeded 500,000 and "We Are" alone was featured on a staggering total of five million sold compilations throughout the world. Next singles released include "", a rock ballad where she advises a wife being beaten up by her husband to stand up for her rights, and "", a rock song about teasing the man, showing that women have power too. Both songs were less successful than "We Are" though. In Japan, which is a tough market for foreign artists, the album sold over 100,000 copies, earning her a gold certification. In 2005 at the NRJ Music Awards, Ana was nominated for Best Newcomer, but did not win the prize. In Sweden, Ana was Grammy nominated to all of the most prestigious domestic awards including the Grammy Award.

Johnsson's second album "" was released in Sweden on October 18 2006. It is a bit heavier and rougher compared to the first effort. The album did not chart in the Swedish albums chart, despite both the first as the second singles debuting in the ten of the country's singles chart. It includes the lead single "", that charted and peaked at number seven (#7) in Sweden. The second single from the album, "Exception", is the theme song to the Swedish thriller movie "Exit". The song debuted and peaked at number ten (#10) in the Swedish singles chart."Fate" is the title song for Finnish-Chinese movie "" ("Jade Warrior"). The song is by the Finnish rock band [http://www.bleakmusic.com/ Bleak] , featuring Ana Johnsson duetting with Caleb (lead singer of Bleak) on vocals, and the highly acclaimed Finnish accordionist , who also composed the score for the film along with . "Fate" is available on the "" soundtrack that was released on October 11th in Finland. The film premiered on October 13th in Finland. A music video has also been shot for the song. On January 19 2007, the song received the award for 'Best Nordic Song' at the NRJ Radio Awards.

sample box endIn December 2006, it was announced that one track from the album, "Catch Me if You Can", had been picked the official song for the FIS 2007 Alpine World Ski Championships in , , held in early February. The song was released as the third single off "Little Angel" on January 17 2007.

"Little Angel" was released in Japan on , containing two bonus tracks. The first one is "Falling to Pieces," the B-side of the "Days of Summer" single. The second is a completely new track "If I'm Not Dreaming." A completely new Japanese [http://www.avexnet.or.jp/ana/index.html official website] has been released for the release of the album in Japan. In a message on the official website, Ana stated that she will be doing some promotion in Japan in the last days of January. The Japanese version is available in 2 formats, CD and CD+DVD: in both versions the CD contains the two bonus tracks and the DVD features the music video for "Exception" plus promotional and rare videos and an acoustic performances. The album peaked at number 28 on the albums chart. [cite web | url = http://ranking.oricon.co.jp/free_contents/search/ranking_list.asp?itemcd=694057&samecd=1&chart_kbn=11A&linkcd=31362569 | title = nihongo|Oricon Ranking News Service "you Taiju"|オリコンランキング情報サービス「you大樹」|oricon rankingu jōhō sābisu youtaiju| accessdate = 2007-07-20 | publisher = Oricon Marketing Promotion | language = Japanese ] The album has sold over 20,500 copies in Japan as of April 13th. 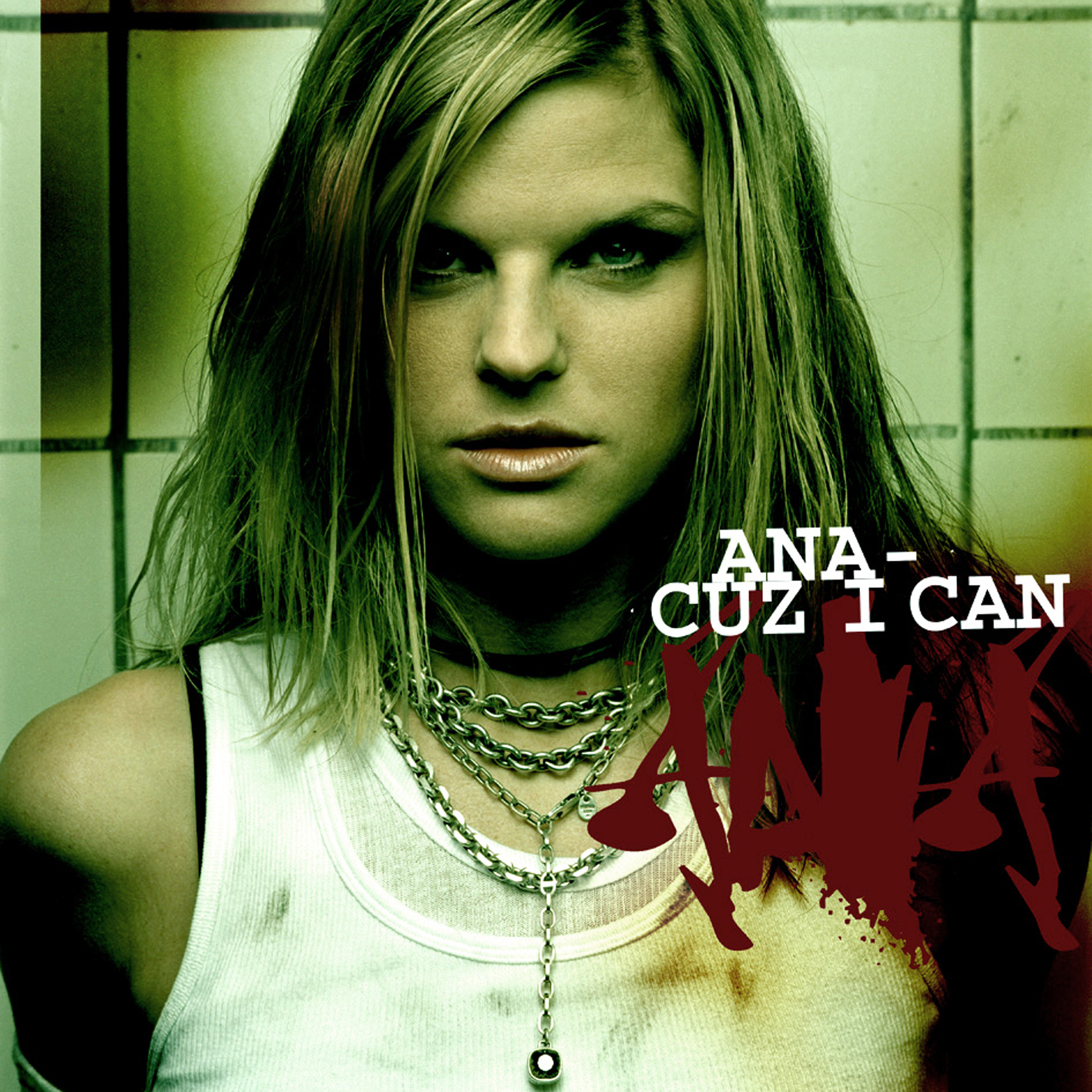 Released =
Label = Bonnier Amigo
Chart position=
Sales =
Singles = "The Way I Am", "Life", "Cuz I Can"
Other info = The album was only released in Sweden.Infobox Discography
Type = studio
Name = The Way I Am 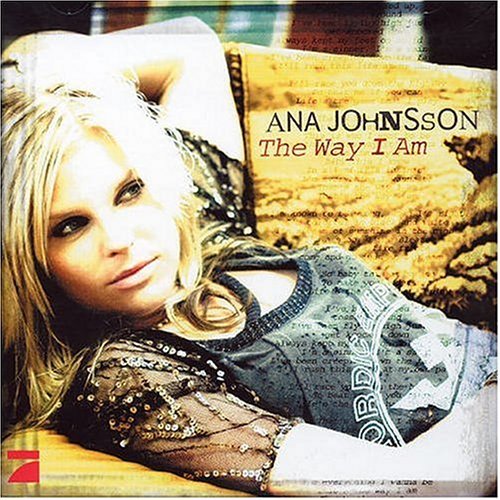 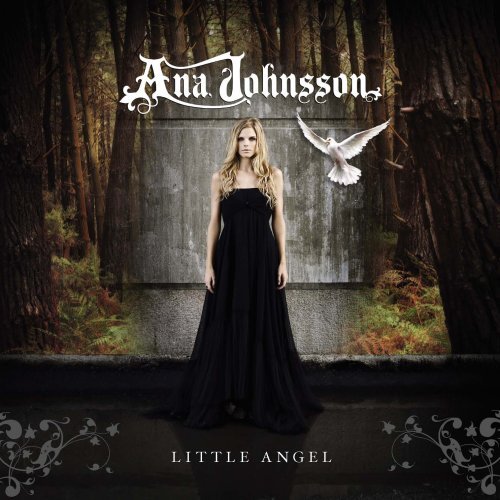 Released =
Label = Bonnier Amigo, Avex
Chart position= #28 JAP
Certification =
Sales = 21,000
Singles = "", "Exception", "Catch Me if You Can"
Other info = The album was only released in Japan and Scandinavia.

An empty space indicates the song was not released in that country.