Tennis court
This article is about the sports venue. For the Revolutionary impetus, see Tennis Court Oath.

Indoor tennis courts at the University of Bath, England

A tennis court is where the game of tennis is played. It is a firm rectangular surface with a low net stretched across the center. The same surface can be used to play both doubles and singles.

The dimensions of a tennis court.

A North/South orientation is generally desirable for outdoor courts to avoid background glare at dawn or dusk. Orientation also should take into consideration other structures and features on the site, neighbouring property, vehicle and pedestrian traffic and prevailing winds. Topography of the site and efficient site utilization should be considered as well.

There are four main types of courts depending on the materials used for the court surface: clay courts, hard courts, grass courts and carpet courts. Each playing surface has its own characteristics which affect the playing style of the game. The ITF (International Tennis Federation) lists different surfaces and properties on its website and awards five pace settings from category 5 (fast) to category 1 (slow).

Of the Grand Slam tournaments, the US Open and Australian Open use hardcourts (though both used grass courts in the past, and the US Open used clay courts from 1975 through 1977), the French Open is played on clay (though it too was played on grass before 1928), and Wimbledon has always been played on grass.

Clay courts are made of crushed shale, stone, or brick. The French Open uses clay courts, unlike the other three Grand Slam tournaments.

Clay courts slow down the ball and produce a high bounce when compared to grass courts or hard courts. This is because clay courts have, therefore slowing it and creating a higher bounce. For this reason, the clay court takes away lot of advantage of big serves, which makes it hard for serve-based players to dominate on the surface. Clay courts are cheaper to construct than other types of tennis courts, but the maintenance costs of a clay surface are higher than those of hard courts. Clay courts need to be rolled to preserve flatness. The clay's water content must be balanced; green courts generally require the courts to be sloped to allow water run-off.

Clay courts are more common in Europe and Latin America than in North America and tend to heavily favor baseline players.

Grass courts are the fastest type of courts in common use (AstroTurf is faster but is primarily used only for personal courts). They consist of grass grown on very hard-packed soil, which adds an additional variable: bounces depend on how healthy the grass is, how recently it has been mown, and the wear and tear of recent play. Points are usually very quick where fast, low bounces keep rallies short, and the serve plays a more important role than on other surfaces. Grass courts tend to favour serve-and-volley tennis players, such as John McEnroe and Stefan Edberg among men and Martina Navratilova and Jana Novotná among women. The International Tennis Hall of Fame in Newport, R.I., comprises grass courts. The surface is less firm and more slippery than hard courts, causing the ball to slide and bounce lower, and so players must reach the ball faster. Serve-and-volley players take advantage of the surface by serving the ball (usually a slice serve because of its effectiveness on grass) and then running to the net to cut off the return of serve, leaving their opponent with little time to reach the low-bouncing, fast-moving ball. Players often hit flatter shots to increase power and allow the ball to travel faster before and after the ball hits the ground.

|url=http://news.bbc.co.uk/sport2/hi/tennis/4121364.stm |title=The Grass is Always Slower | work=BBC News | date=2005-06-23 | accessdate=2010-01-06}}</ref> In 2001, Wimbledon organizers had changed the grass to 100% perennial rye in addition to changing to a harder and denser soil with both providing for a higher bounce to the ball. Grass court specialist Tim Henman spoke out against this change in 2002, stating "What on earth is going on here? I'm on a grass court and it's the slowest court I've played on this year".[3] As a result, serving and volleying has become rare at Wimbledon and dominant baseliners such as Roger Federer, Rafael Nadal, Venus Williams, and Serena Williams have won many titles.

Grass courts were once among the most common tennis surfaces, but are now rare due to high maintenance costs, as they must be watered and mown often, and take a longer time to dry after rain than hard courts. The grass surface, however, is the most compatible with the human body because of its softness. For a more extensive discussion of the skills most advantageous on grass court, see grass-court specialist. Currently Wimbledon is the only grand slam played on grass. 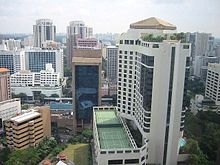 Hard courts are made of uniform rigid material, offering greater consistency of bounce than other outdoor surfaces. Hard courts can vary in speed, although they are faster than clay but not as fast as grass courts. The quantity of sand added to the paint can greatly affect the rate at which the ball slows down.[4] Hard courts are generally more equalizing than clay or grass in terms of playing style, although they favor harder-hitting baseliners and all-court styles with the current equipment. The US Open is played on an acrylic hard court, while the Australian Open is played on a synthetic hard court. The main difference between a synthetic hard court and a true hard court surface is the level of hardness. When the ball bounces on this surface it is faster than all other surfaces if there is not much sand in the top paint. The amount of sand used in the top paint and the size of the sand also determines the speed – more sand means less speed and larger sand particles will slow the speed of play. The amount of friction can also be altered and more friction will produce a clay court effect, where topspin is magnified. The extra grip and friction will resist the sliding effect of the ball and the resistance will force the ball to change its rotation. Although hard courts are the least expensive to maintain, they are generally more rough on the human body than other surfaces due to their rigidity.

Carpet is a tennis term for any removable court covering. A short form of artificial turf weighted with sand is common in Asia. Indoor arenas store rolls of rubber-backed court surfacing and install it temporarily for tennis events, however they are not in use any more for professional events

Hard courts are most common indoors. Slower, higher bouncing rubberized surfaces are used for a cushioned feel. Clay courts are installed indoors with underground watering systems. Barnstorming professionals played on canvas laid over wooden basketball courts up to the 1960s. For information about the original indoor tennis and tennis courts see real tennis and history of tennis.

The ITF campaign Play and Stay (now adopted by the United States Tennis Association, USTA, under the "10 and Under Tennis Program")aims to increase tennis participation worldwide, by improving the way children are introduced to the game. The campaign promotes playing on smaller courts with slower red, orange and green balls. This gives children more time and control so that they can serve, rally and score (play the game) from the first lesson on courts that are sized to fit their bodies. Furthermore, with agreement by the USTA, the ITF has mandated that official competition for children under 10 years of age should be played on courts 60' long by 21' wide. Competition for children under 8 years is played on courts that are 36' long and 18' wide.[5]