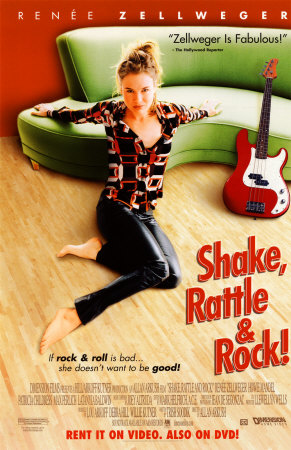 "Shake Rattle and Rock!" is the name of two unrelated films, a 1956 musical, and a made-for-television movie produced in 1994 and starring , and members of the Grammy-nominated band .

The 1994 film was produced by (son of b-movie producer ) as part of the "" series of s made as part of a short-lived revival of AIP that aired on the television network.