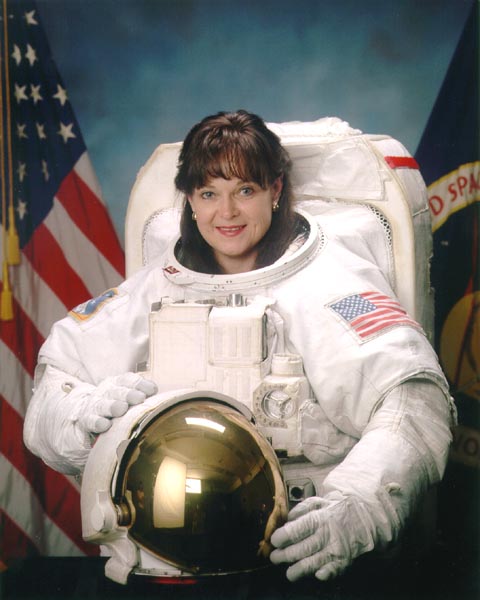 Tamara Elizabeth "Tammy" Jernigan, Ph.D. (born , , in ) is an American scientist and former and a veteran of five shuttle missions.

She entered the Astronaut Corps in 1986 and retired in 2001. She flew on five missions (three on "Columbia" and one each on "Endeavour" and "Discovery") and logged 1512 hours in space. In her last mission on "Discovery" in 1999, she performed an for about eight hours. [ [http://www.jsc.nasa.gov/Bios/htmlbios/jernigan.html NASA official biography] ]

She is married to astronaut .