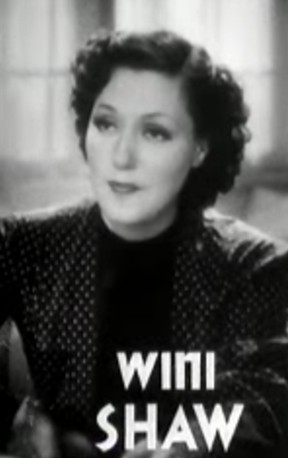 Wini Shaw ( - ) was an American actress, dancer and singer.

Born Winifred Lei Momi in of Hawaiian descent, Wini began her entertainment career as a child in her parents' act. She appeared in a number of s in the 1930s.