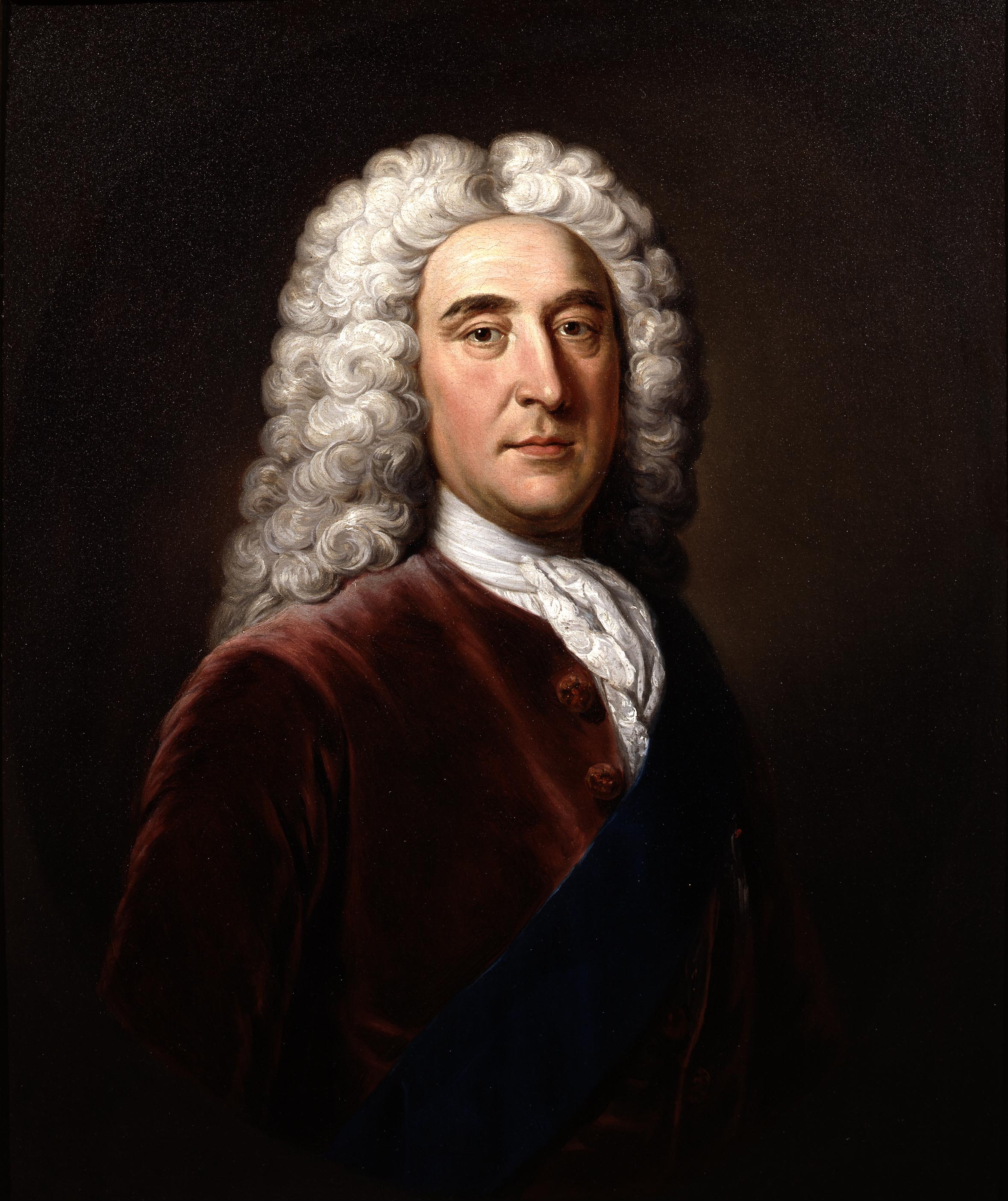 Thomas Pelham-Holles, 1st Duke of Newcastle-upon-Tyne and 1st Duke of Newcastle-under-Lyne, KG, PC (21 July 1693 &ndash; 17 November 1768) was a British Whig , whose official life extended throughout the Whig supremacy of the 18th century. He held power with his brother, (the Prime Minister of Great Britain), for about ten years; after Henry's death, the Duke would hold his late brother's position for six years (in two separate periods). While his premiership was not particularly notable, Newcastle precipitated the , which would cause his resignation from his high position. After his second term as Prime Minister, he served for a short while in Lord Rockingham's government, before retiring from government.

Thomas Pelham was the eldest son of the 1st Baron Pelham, by his second wife, the former Lady Grace Holles, younger sister of the 1st Duke of Newcastle-upon-Tyne. His uncle died in 1711, and his father the next year, both leaving their large estates to him. When he came of age in 1714, Lord Pelham was one of the greatest landowners in the kingdom. He studied at Westminster and .

Pelham vigorously sustained the Whigs at Queen Anne's death, and had much influence in making the Londoners accept King George I. His services were too great to be neglected, and in 1714 he was created Earl of Clare, and in 1715 Duke of Newcastle-upon-Tyne. He also became of the Counties of and Nottingham and a Knight of the Garter in 1718, in which year he increased his Whig connection by marrying Lady Henrietta Godolphin

In 1717 he first held political office as of the Household, and in 1724 was chosen by Sir Robert Walpole to be in place of Lord Carteret. This office he held continuously for thirty years (1724&ndash;1754), and only exchanged it for the premiership on his brother's death. His long tenure of office has been attributed to his great Whig connections and his wealth, but some praise must be given to his inexhaustible activity and great powers of debate. He was a peculiarly muddle-headed man, and unhappy if he had not more to do than he could possibly manage, but at the same time he was a consummate master of parliamentary tactics, and knew how to manage the Houses of Lords and Commons alike. In 1731, at , Sir Robert Walpole's in , the Duke, with the Duke of Lorraine (later the ), was made a Master Mason by the Grand Master, Lord Lovell, at an Occasional Lodge. In 1739, at the creation of London's , he acted as one of the charity's founding governors.

Lord Bristol ("Memoirs") compares him with Walpole in 1735, and says, "We have one minister that does everything with the same seeming ease and tranquillity as if he were doing nothing [;] we have another that does nothing in the same hurry and agitation as if he did everything." He continued in office on Walpole's fall in 1742, and became more powerful on his younger brother becoming Prime Minister in 1743. On Henry Pelham's death in March 1754, Newcastle succeeded him as Prime Minister. However, he was blamed for Great Britain's poor efforts in the (fought in the North American colonies), and in November 1756 he gave place to the Duke of Devonshire. For his long services he was created Duke of Newcastle-under-Lyne, with remainder to the 9th Earl of Lincoln, who had married his niece Catherine Pelham.

In July 1757 he again became Prime Minister &mdash; for Pitt, though a great statesman, was a poor leader of the Whig faction &mdash; on the understanding, according to Horace Walpole that "Mr. Pitt does everything, the Duke gives everything." Under this "", Britain became famous abroad, but it gradually fell before the affection of the new King, George III &mdash; for Lord Bute, who, after supplanting Pitt, became Prime Minister in place of Newcastle in May 1762. The Duke went into strong opposition, and lost his two Lord-Lieutenancies for opposing the peace of 1763. In 1765 he became for a few months in the government of Lord Rockingham, but his health was fast giving way, and he died in November 1768.

The Duke was industrious and energetic, and to his credit be it said that the statesman who almost monopolised the patronage of office for half a century twice refused a pension, and finally left office £300,000 poorer than he entered it.

The Duchess suffered from poor health and the couple had no children. [ [http://www.thepeerage.com/p10600.htm#i105993 Sir Thomas Pelham-Holles, 1st Duke of Newcastle-under-Lyme] ]

With the prospect that the dukedom of Newcastle upon Tyne would become extinct once again, King George II also created the Duke Duke of Newcastle-under-Lyne in 1756, with a special remainder for inheritance through his nephew, the 9th Earl of Lincoln.

In addition, in 1762 he was also created Baron Pelham of Stanmer, with inheritance to his cousin and male heir, Thomas Pelham.

On his death in 1768, the title Baron Pelham of Stanmer, together with the bulk of the Pelham estates in Sussex and the Duke's private papers, were left to Thomas, who was later created .

The Holles/Clare estates, meanwhile, together with his Newcastle dukedom, were inherited by Lord Lincoln, from whom the Duke had by then become estranged.

* [http://pm.gov.uk/output/Page170.asp More about Thomas Pelham-Holles, Duke of Newcastle on the Downing Street website]