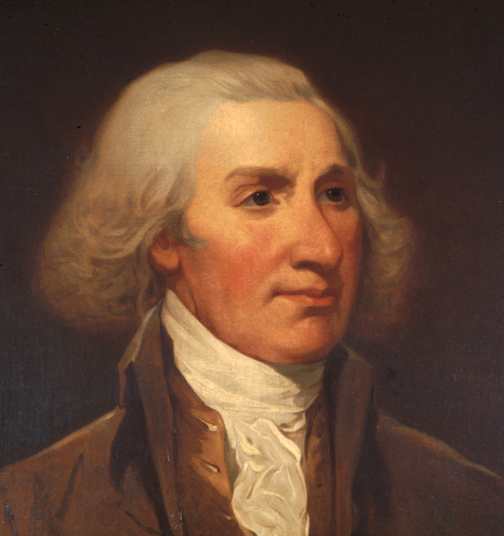 Philip was born at , on , to a wealthy colonial family. His family had gradually expanded their holdings and influence in the New World. His father, John Schuyler, Jr., was the third generation of the family in America, when he married , connecting them with another prominent family. (A cousin of John Schuyler, Jr., was Peter Schuyler who commanded the "". Another Cousin of Philip Schuyler was Hester Schuyler married , a veteran of 's Life Guards and later a general in the New Jersey milita who also commanded the "" {These were also the grandparents of Congressman }. A nephew of Peter Schuyler was Loyalist . A brother-in-law of Philip Schuyler was Director General of the Military Hospitals of the Continental Army, Dr. . [ [http://history.amedd.army.mil/tsgs/Cochran.htm John Cochran] Office of Medical History] )

His father died when Philip was seven years old. After attending the public school at Albany he was educated by tutors at the Van Cortlandt family estate at New Rochelle. He joined the British forces in 1755 during the , raised a company, and was commissioned as its Captain by his cousin, Lt. Governor .Later in that war, he served as a quartermaster, purchasing supplies and organizing equipment.

In September of 1755, he married [ [http://www.findagrave.com/cgi-bin/fg.cgi?page=gr&GRid=7275660 Catherine Van Rensselaer] Find A Grave] (1734-1803) at Albany.This cemented his relationship with another powerful New York family. Although the marriage was urgent (their first daughter Angelica was born in February, 1756), they were a devoted couple for the rest of their lives, and had eleven children.

From 1761 to 1762, Schuyler made a trip to England to settle accounts from his work as quartermaster. During this time his home in Albany, later called , was built. His country estate at Saratoga (which is now ) was also begun. After the war he also expanded his estate at Saratoga, expanding his holdings to tens of thousands of acres, adding slaves, tenant farmers, a store, mills for flour, flax, and lumber. His mill for the making of linen was the first one in America. If they had been situated in the South, Schuyler's holdings at Saratoga would have been called a plantation. He built several schooners on the , and named the first "Saratoga".

Schuyler began his political career as a member of the New York Assembly in 1768, and served in that body until 1775. During this time his views came to be more opposed to the colonial government. He was particularly outspoken in matters of trade and currency. He was also made a Colonel in the militia for his support of governor Henry Moore.

Schuyler was elected to the in 1775, and served until he was appointed a Major General of the in June. General Schuyler took command of the Northern Department, and planned the . His poor health required him to place in command of the invasion.

As department commanding General, he was active in preparing a defense against the , part of the "Three Pronged Attack" strategy of the British to cut the American Colonies in two by invading and occupying New York State in 1777. In the summer of that year General John Bugoyne marched his British army south from Quebec over the valleys of Lakes Champlain and George. On the way he invested the small Colonial garrison occupying Fort Ticonderoga at the nexus of the two lakes. When General St. Clair surrendered in July, the Congress replaced Schuyler with General . The British were eventually stopped and defeated at the Battle of Saratoga by Colonial forces then under the command of . That victory, the first wholesale defeat of a large British army at the hands of Colonials, is largely thought to have brought France into the war on the American side. When Schuyler demanded a court martial for his role, he was vindicated but resigned from the army in 1779. He then served in two more sessions of the Continental Congress in 1779 and 1780.

He was elected a to the , serving from to . Losing his bid for reelection, he returned to the State Senate from 1792 to 1797. He was elected again to the U.S. Senate and served in the from until his resignation because of health problems on .

*His daughter Elizabeth married , who was later Secretary of the Treasury.
*His son also had a political career and served in the .
*Another daughter, Margarita, married a cousin 8th Patroon of the name.
*Angelica married John Barker Church .
*Schuyler's family line continues; descendants of him and his children are living today.Philip's country home had been destroyed by British General 's forces in September, 1777. Starting later that year, he rebuilt on the same site, now located in southern Schuylerville, New York. The 1777 home is maintained by the as part of the , and is open to the public.

Schuyler died at his mansion in Albany on , , and is buried in the at . , and , were named in his honor.

In 1833, construction of a fort began on the tip of the peninsula in New York, to protect the western end of the . The installation of armament was completed in 1856, and the fortification was named in his honor. Fort Schuyler now houses the and the .

erected a statue of Schuyler by sculptor in 1925.

* [http://www.sullivanclinton.com Co-Planner of the Sullivan-Clinton Campaign Against the Iroquois]
* [http://www.familytales.org/results.php?tla=pjs Collection of Letters from Philip Schuyler]