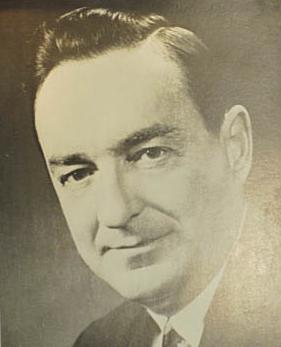 William Edward "Bill" Miller (, &ndash; , ) was a politician. He was the Republican Party nominee for in the 1964 election. Miller is the only practicing to have been nominated for national office by the Republican Party [cite news | first=Libby | last=Fitzgerald | coauthors= | title=William E. Miller:The Man Who Wanted To Be Vice President |date=, | publisher= | url=http://www.nd.edu/~ndmag/reflect/millervp.html | work=Notre Dame Magazine | pages= | accessdate = 2007-01-07 | language =] (later nominee was baptized a Catholic).

Following the defeat of the Goldwater-Miller ticket, Miller returned to his hometown of Lockport, where he resumed his law practice. He also appeared in one of the first "Do you know me?" commercials for . He is buried at .

He and his wife Stephanie had three daughters and one son. His youngest daughter, Stephanie, was a stand-up comedian in the 1980s and is now a nationally syndicated liberal host based on the West Coast. His son, William E. Miller, Jr. ran unsuccessfully as a Republican for the House of Representatives in 1992 and 1994 to represent New York's 29th district. [http://politicalgraveyard.com/bio/miller9.html#SAY1CDX5L]

* [http://bioguide.congress.gov/scripts/biodisplay.pl?index=M000762 Official Congressional Biography]
* [http://www.arlingtoncemetery.net/wemiller.htm Photos of Miller's gravesite] at
* [http://www.stephaniemiller.com/Gallery/Photos-of-the-Cast-and-Crew/YoungStephanieMiller Photo of Bill Miller with his family] , circa 1964, at official web site