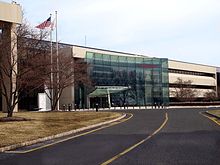 In July and August 2000 interviews reported that Avaya Communications would be created on 1 October 2000 when the unified communications and call center businesses left Lucent Technologies Inc. or Lucent enterprises. The spun off of Avaya with 34,000 employees also received $400 million in capital from Warburg Pincus.[2] Henry Schacht became the board chairman and the first CEO was Don Peterson who was promoted from the CFO position of Lucent.[3] Avaya had a stock symbol of "AV" and debuted at $20 a share.[4] Since 2001, the company has sold its SYSTIMAX SCS manufacturing and connectivity businesses to CommScope, and acquired several companies to support its current product set – Vista, VPNet. Quintus, Routescience, Nimcat Networks, Spectel, Ubiquity Software and Traverse Networks. Sales through channels have grown from 98% direct to 50% alternative channels.

In 2004 Avaya expanded in Europe through a $370 million acquisition of Tenovis and in Asia through a majority interest in Tata Telecom (now Avaya Global Connect).[5] In 2006 Louis D'Ambrosio took over as the CEO and president of Avaya.[6] and on 12 Jan 2007 they announced the acquisition of Ubiquity Software Corporation for $144 million. Ubiquity develops SIP end-user applications.

October 26, 2007 Avaya was acquired by two private equity firms, TPG Capital and Silver Lake Partners, for $8.2 billion.[7] As a result of this transaction Avaya became a privately held company, no longer traded on any stock market. On November 9, 2007, the firms completed their buy-out and Avaya shareholders received $17.50 per share of owned common stock. In 2008 it had approximately 17,500 employees, 40% of whom are located outside the US. Avaya's global headquarters are located in Basking Ridge, New Jersey, with Kevin J. Kennedy appointed as its Chief Executive Officer.

On Sep 14, 2009, Avaya was announced as the winner for the Nortel Enterprise division sale. Avaya successfully bid $900M for Nortel Enterprise.[8] On Dec 21, 2009, Avaya and Nortel officially closed the sale, to create Avaya with a total of about 21,000 employees.[9] Then on March 8, 2010 Avaya renewed the LG-Nortel relationship to continue Avaya Data Solutions sales into Korea.[10]

Since Avaya is a company spun off from Lucent Technologies, itself a spinoff of AT&T, Avaya continues to sell and support well-known telephone models for businesses that were made popular in the heyday of the Bell System, including the 2554 wall phone, and the 2500 series desk phone, both popular Western Electric models.[11] Avaya telephone production at the Shreveport Works, a former Western Electric pay phone plant, ceased in 2001. All of Avaya's telephones are made outside the U.S. by contract manufacturers such as Celestica. Much of Avaya's product and customer set today can be traced back to its AT&T legacy where it formed part of AT&T Network Systems.[12]

At the start of 2011 Avaya acquired Konftel a company founded in 1988 and headquartered in Sweden, to expand its audio capabilities with the high-quality "OmniSound" system which they plan to integrate into the unified communication equipment.[13] Then in June 2011, Avaya filed with the SEC to raise up to $1 billion in an initial public offering.[14]

On 4 October 2011 Avaya reported that is acquiring Sipera Systems for its session border controller (SBC) functionality and UC security applications.[15]

Avaya is recognized by industry and technology experts as a world leader in the following areas:

Gartner places Avaya in the Leaders quadrant because of its comprehensive vision and its possibilities to implement these:

Avaya sponsors a wide variety of IT Professional certifications and training for Avaya products and technologies. The five-level credential program offers opportunities to enhance individual proficiency from a beginner to expert level competence.

The company products are made up of two major lines, the networking systems and the unified communication systems.

The secure routers are a product line of devices manufactured by Avaya that combines the functions of WAN routing, stateful firewall security, Ethernet switching, IP telephony, and Microsoft mediation into one device.

Avaya acquired many patents from Nortel when they successfully bid $900 million for Nortel Enterprise.[38] This is a list of Patents referenced, cited or explained in Wikipedia articles.[39]