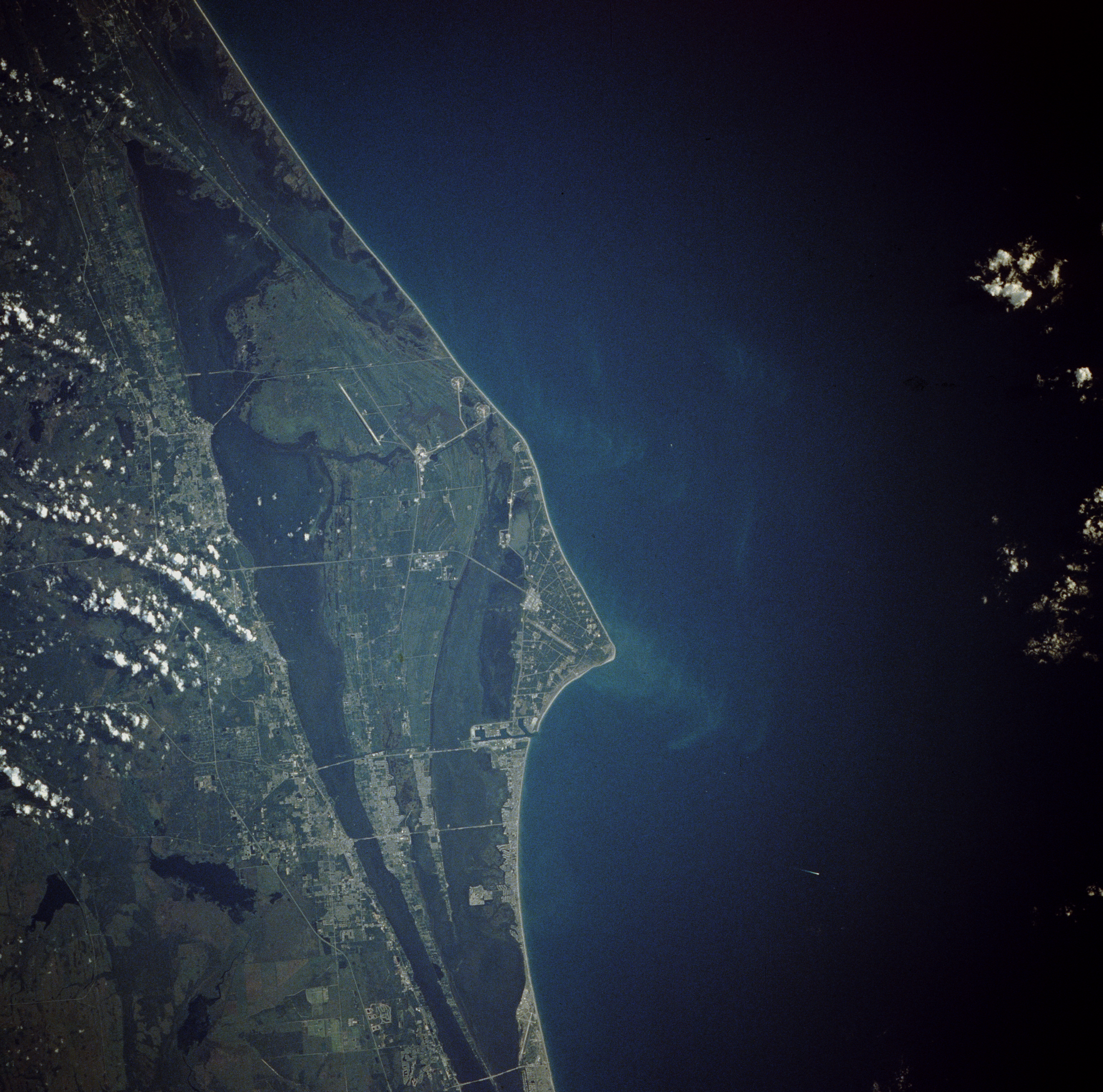 The Cape Canaveral Air Force Station (CCAFS) is a detachment of the (45 SW),

CCAFS is also located adjacent to the John F. Kennedy Space Center on Merritt Island, with the two facilities linked by bridges and causeways.

The CCAFS area had been used by the United States government since 1949 when President established the Joint Long Range Proving Grounds at Cape Canaveral to test missiles. The location was among the best in the continental United States for this purpose as it allowed for launches out toward the Atlantic Ocean, and it was closer to the than most other parts of the United States, allowing rockets to get a boost from the Earth's rotation.

Early American rocket flights were achieved at Cape Canaveral in 1956. [ [http://www.astronautix.com/sites/capallc5.htm Cape Canaveral LC5] ] These flights were shortly after some sub-orbital flights at White Sands, like Viking 11 on , . [ [http://www.astronautix.com/lvs/viking.htm Encyclopedia Astronautica] ] Following the Soviet Union's successful , the US attempted its first launch of an artificial satellite from Cape Canaveral on , . However, the rocket carrying blew up on the launch pad. was founded in 1958 and Air Force crews launched missiles for NASA from CCAFS. Redstone, Jupiter, Pershing, Polaris, Thor, Atlas, Titan and Minuteman missiles were all tested from the site, the Thor becoming the basis for the (ELV) , which launched in July 1962. The row of Titan (LC-15, 16, 19, 20) and Atlas (LC-11, 12, 13, 14) launch pads along the coast came to be known as Missile Row in the 1960s. NASA's early manned spaceflights, Mercury and Gemini, were prepared for launch from Cape Canaveral Air Force Station launch pads LC-5, LC-14 and LC-19 by U.S. Air Force crews.

The Air Force chose to expand the capabilities of the Titan launch vehicles for its heavy lift capabilities. The Air Force constructed Launch Complexes 40 and 41 to launch Titan III and Titan IV rockets just south of . A Titan III has about the same payload capacity as the at a considerable cost savings. Launch Complex 40 and 41 have been used to launch defense reconnaissance, communications and weather satellites and NASA planetary missions. The Air Force also planned to launch two Air Force manned space projects from LC 40 and 41. They were the , a manned orbital rocket plane (cancelled in 1963) and the USAF (MOL), a manned reconnaissance space station (cancelled in 1969).

From 1974-1977 the powerful Titan-Centaur became the new heavy lift vehicle for NASA, launching the Viking and Voyager series of spacecraft from Launch Complex 41. Complex 41 later became the launch site for the most powerful unmanned U.S. rocket, the , developed by the Air Force.

Current use and limitations

Of the 47 Launch Complexes built since , only 4 remain active with 2 planned for future use. Launch Complex SLC-17is the home of the .

In the case of low-inclination (geostationary) launches the location of the area at 28°27′N put it at a slight disadvantage against other launch facilities situated nearer the equator. The boost eastward from the earth's rotation is about 405 m/s (about 900 miles per hour) at Cape Canaveral against about 465 m/s (1,035 miles per hour) at the European in . [ [http://www.astrosociety.org/education/publications/tnl/34/space2.html ASP: Up, Up, and Away] ]

In the case of high-inclination (polar) launches the latitude does not matter, but the Cape Canaveral area is not suitable because inhabited areas underlie these trajectories; is used instead.