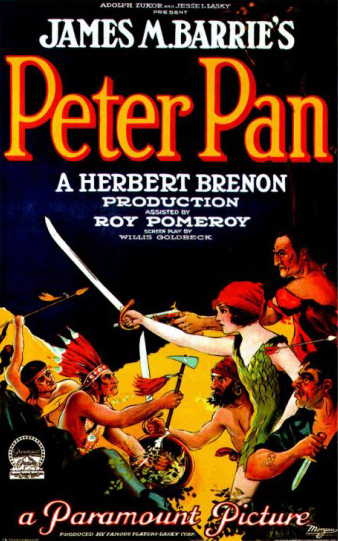 The film closely follows the plot of the original play. Peter Pan, a magical boy who refuses to grow up, brings the Darling children (Wendy, John, and Michael) from London to , where they have adventures that include a confrontation with the pirate and his crew.

Barrie selected Bronson for the role, and wrote additional scenes for the film, but Brenon stuck largely to the stageplay.

The film was celebrated at the time for its innovative use of (mainly to show Tinker Bell) according to Disney's 45th anniversary video of "their" adaptation of "Peter Pan". In , the United States deemed it "culturally significant" and selected it for preservation in the .