Claude Marcelle Jorré, better known as Claude Jade (French: [klod ʒad]; 1948–2006), was a French actress, known for starring as Christine in François Truffaut's three films Stolen Kisses (1968), Bed and Board (1970) and Love on the Run (1979). Jade acted in theatre, film and television. Her film work outside of France included the Soviet Union, the United States, Italy and Japan.

The daughter of university professors, Jade spent three years at Dijon's Conservatory of Dramatic Art, where in 1964 she won a best actress prize for her portrayal of Agnès in Molière's L'école des femmes.[1] In 1966 she won the Prix de Comédie for Jean Giraudoux's stage play Ondine, performed at the Comédie Boulogne. She moved to Paris and became a student of Jean-Laurent Cochet at the Edouard VII theater, and began acting in television productions, including the TV series Les oiseaux rares.

While performing as Frida in Pirandello's Henri IV, in a production by Sacha Pitoëff at the Théâtre Moderne, Jade was discovered by New Wave film director François Truffaut. He was "completely taken by her beauty, her manners, her kindness, and her joie de vivre",[1] and cast her in the role of Christine Darbon in Stolen Kisses (1968). During the filming, Jade and Truffaut were engaged at one point. Stolen Kisses won great acclaim and put Jade in the international spotlight for her strong performance. In her role as Christine she taught her lover Antoine the best way to butter toast in the morning,[2] and engaged in other amusing scenes with him. The American critic Pauline Kael wrote that Jade "seems a less ethereal, more practical Catherine Deneuve". Playing the same character, Jade appeared in two more movies by Truffaut, Bed and Board (1970), Love on the Run (1979).

Jade starred in Alfred Hitchcock's late film Topaz (1969), as Michèle Picard, a secret agent's anxious daughter, married to a reporter (Michel Subor). Recommended to Hitchcock by Truffaut, she was 19 years old when cast, with Dany Robin playing her mother. Hitchcock said he chose the two actresses to provide glamor, and later quipped, "Claude Jade is a rather quiet young lady, but I wouldn't guarantee [that] about her behavior in a taxi". Jade recounted that they "talked in a Paris hotel about cooking, and I gave him my recipe for soufflé and told him I liked Strangers on a Train, and that was that."[3] Hitchcock said she resembled his former star Grace Kelly, and in France she was a younger Danielle Darrieux. Some of her scenes were deleted and restored for the director's cut of Topaz in 1999. Topaz was Jade's only Hollywood film. Universal Pictures offered her a seven-year contract, which she turned down reportedly because she preferred to work in French.[citation needed]

Director Tony Richardson's film Nijinsky (1970), based on a screenplay by Edward Albee, was canceled in its early stages by producer Albert Broccoli. It had starred Jade as Vaslav Nijinsky's wife, alongside Rudolf Nureyev as Nijinsky and Paul Scofield as his lover Sergei Diaghilev. Truffaut's later Bed and Board contains a reference to Nureyev. She also starred in Édouard Molinaro's My Uncle Benjamin (Mon oncle Benjamin, 1969). Her career continued in Belgium, where she played a young English teacher who is fatally intrigued by a murderer in the 1969 film The Witness.[citation needed]

In 1970 she starred as Orphan Françoise in mini-series Mauregard, directed by Truffaut's co-writer Claude de Givray. Other TV roles in the decade are Sheherazade (in Shéhérazade), Louise de La Vallière (in Le chateau perdu), Lucile Desmoulins (in La passion de Camille et Lucile Desmoulins) and Penny in Le robots pensants, based on a horror novel by George Langelaan. Among many other TV-movies (Mamie Rose, La Mandragore, Monsieur Seul, Fou comme François, Les anneaux de Bicêtre, Ulysse est revenu) in the 70th she got a great popularity as heroine of mini-series The Island of Thirty Coffins in 1979. 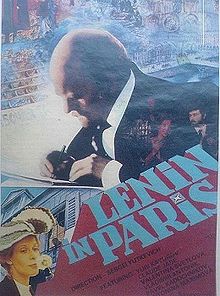 In the 1980s Jade moved to Moscow for three years with her husband Bernard Coste, a French diplomat, and her son Pierre Coste (born in 1976). She starred in two Soviet films. In Teheran 43 (1981) she played a mysterious terrorist, with Alain Delon and an international cast.[1] For Sergei Yutkevich's Lenin in Paris (1981), she played the French Bolshevik Inessa Armand, although without the rumored love affair with Vladimir Lenin.[1]

During the 1990s Jade worked mainly in television, such as the TV series La tête en l'air, Fleur bleue, Une femme d'honneur, Inspecteur Moretti, Julie Lescaut and Navarro. TV movies included L'Éternité devant soi, Au bonheur des autres, Porté disparu. From 1998 to 2000 she was the lead actress in the series Tide of Life (Cap des Pins). Her last U.S. acting part was a guest appearance on The Hitchhiker, in the episode "Windows" (1990), in which she shoots her co-star David Marshall Grant.

Jade's film roles in 1990s included a mother betrayed by her husband, in Honor Roll. This was followed by her performance as shy lesbian Caroline in Jean-Pierre Mocky's Bonsoir. In order to save her inheritance, Caroline tells her aunt that her lover Gloria (Corinne Le Poulain) is her secretary and Alex (Michel Serrault) her lover. In 1998, she played a governor's wife, Reine Schmaltz, who saves herself on a lifeboat in the historical movie The Raft of the Medusa (Le Radeau de la Méduse, 1998).

Many plays were adapted for TV, such as her performances as Helena in Shakespeares Midsummer Night's Dream; her Sylvie in Marcel Aymés Les oiseaux de lune; her Colomba in Jules Romains's adaptation of Ben Johnson's Volpone; her Clarisse in Jacques Deval's Il y a longtemps que je t'aime; her title role in Jules Supervielle's Shéhérazade; and her Louise de La Vallière in Le château perdu.

Her last stage role was as Célimène in Jacques Rampal's Celimene and the Cardinal, a 2006 play in alexandrines, based on Molière's characters from Le Misanthrope.

On 1 December 2006, Jade died of eye cancer, which had spread to liver cancer. She wore a prosthetic eye in her last stage performance, Celimene and the Cardinal, in August 2006. She is buried in Père Lachaise Cemetery in Paris.

Jade won an award in 1970 for "Révelation de la Nuit du cinéma"[citation needed], and in 1975 she received the Prix Orange at the Cannes Film Festival. Her contributions to French culture were recognised in 1998, when was named a knight in the Légion d'honneur. In 2000 she won the New Wave Award at West Palm Beach International Film Festival for her "trend-setting role in the world cinema", followed in 2002 by the Prix Réconnaissance des Cinéphiles in Puget-Théniers.