The Medill School of Journalism, Media, Integrated Marketing Communications is a constituent school of Northwestern University which offers both undergraduate and graduate programs. It has consistently been one of the top-ranked schools in Journalism in the United States.[2][3] Medill has produced journalists and political activists including thirty-eight Pulitzer Prize laureates,[4] numerous national correspondents for major networks, and many well-known reporters and columnists. Northwestern is one of the few schools embracing a technological approach towards journalism.[5] Medill received Knight Foundation grant to establish the Knight News Innovation Laboratory in 2011. The Knight Lab is a joint initiative of the Medill and the McCormick School of Engineering at Northwestern, one of the first to combine journalism and computer science.[6]

The Medill School was founded in 1921 and named after Joseph Medill (1823–1899), owner and editor of the Chicago Tribune, which was then run by his grandsons Robert R. McCormick and Joseph Medill Patterson.[7][8]

The journalism program offers Bachelor of Science and Master of Science degrees. The undergraduate curriculum requires a broad liberal arts education as well as the study and practice of journalism. The Integrated Marketing Communications program offers a master's degree over five quarters with concentrations in advertising, public relations, and direct, database and e-commerce marketing. As of 2011[update], the school had 55 faculty and 684 undergraduate students.[1]

Medill undergraduates participate in a journalism residency for one quarter in their junior or senior year, during which they intern in a professional newsroom. Media outlets across the United States—and in some cases, overseas—have participated in this program.

Medill is headquartered on the southern end of Northwestern's campus in Evanston, Illinois campus, but it also opened a program in 2008 at Northwestern University in Qatar, a branch campus located in Qatar. For many years the school's main location was in Fisk Hall. In fall 2002, the school opened the McCormick Tribune Center, which features a professional-grade TV studio and multimedia classrooms for Medill's growing emphasis on new forms of media. It was generally known as the Medill School of Journalism. To reflect the broader focus the faculty approved the expanded name "Medill School of Journalism, Media, Integrated Marketing Communications" in late 2010, and the new name was approved by the university board of trustees in March 2011.[9]

Alberto Ibargüen, president of the Knight Foundation, with Tim Berners-Lee, pioneer of the World Wide Web

Medill is known for graduates who "mix high-tech savvy with hard-nosed reporting skills".[5] The Knight Lab is a joint initiative of Northwestern's Medill School of Journalism and the Robert R. McCormick School of Engineering and Applied Science funded by the John S. and James L. Knight Foundation announced in 2011. It combines the disciplines of journalism and computer science together to establish a cutting edge media innovation lab, one of the few of its kind in the country.[11][12] According to Northwestern's press release:

"Among the Knight Lab's goals is to maximize use of open-source software already developed through the Knight News Challenge, a $25 million worldwide media innovation contest now in its fifth year, as well as from other grantees from Knight Foundation's $100 million media innovation initiative...Those include projects such as Open Block, an aggregator of public information; Document Cloud, for managing and displaying original documents; Public Insight Journalism, which helps newsrooms tap the wisdom of the community to find better news sources; and Spot.Us, a new way of "crowd-funding" journalism."[12]

For the Law School project, see Center on Wrongful Convictions.

The Medill Innocence Project began in 1999 as an effort by Medill faculty and students to reinvestigate murder convictions in Illinois and determine if people were wrongly convicted. This effort has helped to free 11 innocent men, including Anthony Porter.[21][22] Medill Innocence Project work is credited with prompting Illinois Governor George Ryan in 2003 to suspend the death penalty and commute all sentences.[23]

In 2009, the project was involved in a dispute with the Cook County, Illinois state's attorney over the handling of the Anthony McKinney case.[24] The university claimed reporter's privilege in resisting a subpoena for Innocence Project records of the case, while the state claimed the project had been acting as investigators in behalf of McKinney's counsel. David Protess, Innocence Project director and faculty member, was suspended during this dispute. Protess left to found the Chicago Innocence Project,[25] while the school gave up the records.[26][27][28]

Medill Chicago is a working news bureau in downtown Chicago that operates as part of Northwestern University's graduate journalism program at the Medill School.

Medill graduate students have been providing news coverage to client newspapers since 1995. Each quarter, approximately 40 graduate students are assigned to cover stories about city and county government, the events in state and federal courts, business and economic development, health and science issues and the arts and sports.

Every Medill News Service journalist has the opportunity to spend a quarter in a Washington, DC covering breaking news as well as in-depth, enterprise stories on politics, civil rights, energy, technology or education. Medill journalists attend congressional proceedings, press conferences, conventions and congressional hearings and connect those stories to the communities they cover—not an insider audience.

In a February 11, 2008 column written for the Daily Northwestern, Medill senior David Spett questioned the use of anonymous sources by Dean John Lavine in a letter Lavine wrote for Medill's alumni magazine. Lavine attributed a quote praising a Medill marketing class to "a Medill junior" in the class. Spett reportedly called all 29 students enrolled in the class, including all five Medill juniors, and according to Spett, all denied saying the quote.[29] Lavine denied fabricating the quote in a February 20 email to students, but expressed regret for what he called "poor judgment" in not keeping his notes.

The so-called "Quotegate" controversy was the focus of stories, columns and editorials in local and national media, including the Chicago Tribune, the Chicago Sun-Times, The Washington Post and Editor & Publisher.[30]

The school publishes a Medill Hall of Achievement.[31] 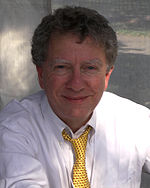 Hank Klibanoff, received the Pulitzer prize for history in 2007 for the book The Race Beat: The Press, the Civil Rights Struggle, and the Awakening of a Nation. 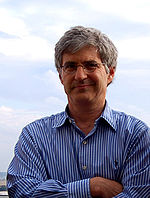 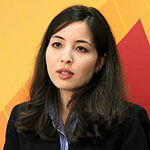 Roxana Saberi, author of Between Two Worlds: My Life and Captivity in Iran

Jeff Jarvis, blogger author of What Would Google Do? 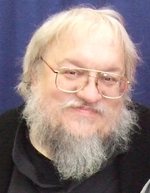