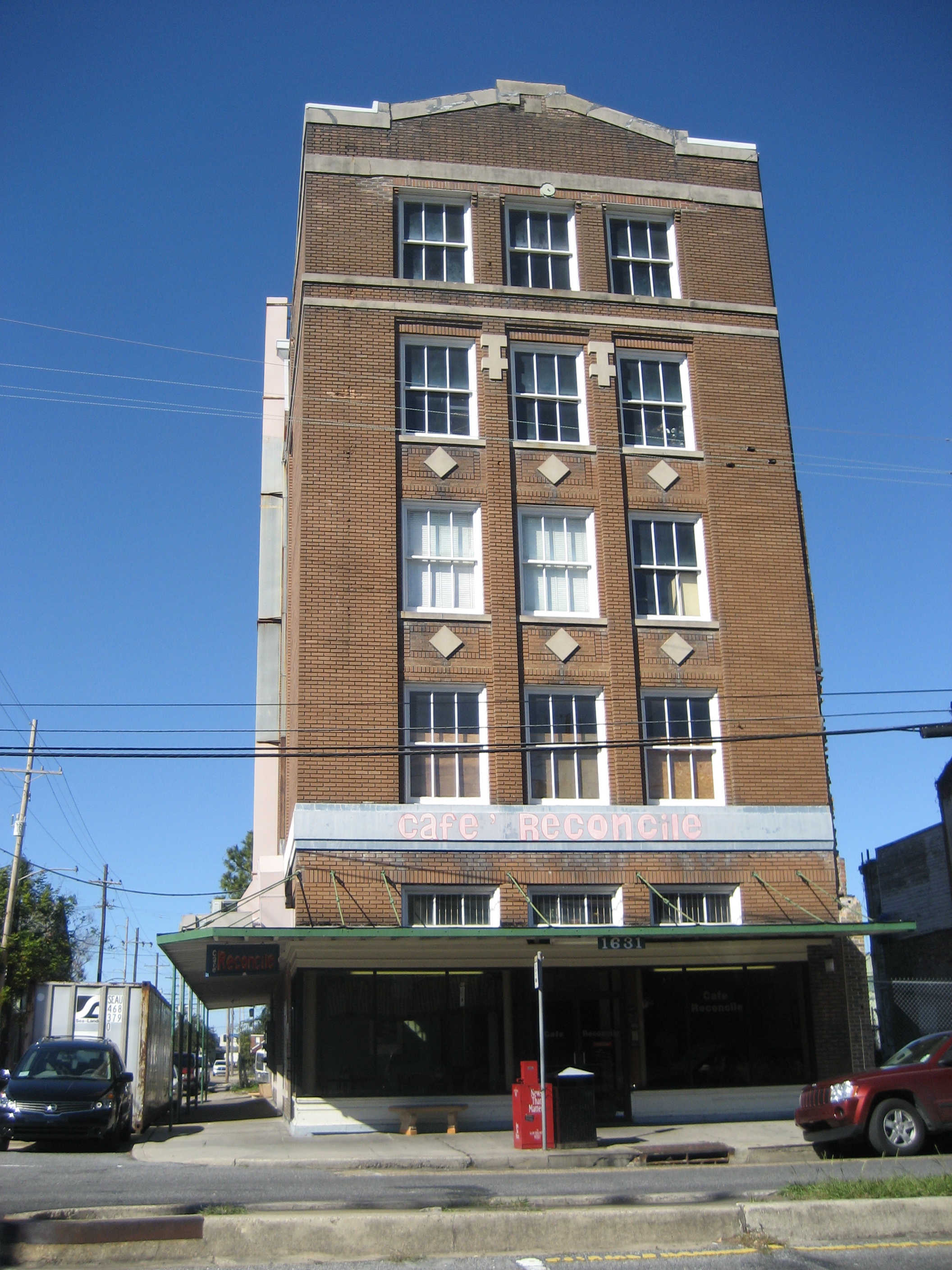 Central City is a neighborhood of the city of New Orleans. It is located at the lower end of Uptown , just above the , on the "lakeside" of St. Charles Avenue. A subdistrict of the Central City/Garden District Area, its boundaries as defined by the City Planning Commission are: MLK Boulevard, South Claiborne Avenue and the to the north, Magazine, Thalia, Prytania and Felicity Streets and to the south and Toledano Street, Louisiana Avenue and Washington Avenue to the west.

This old predominantly neighborhood has been important in the city's and traditions and includes three of the .

Neighborhood businesses include Brown's Velvet Dairy and Leidenheimer Bakery, which have furnished the city with milk and Louisiana french bread for sandwiches respectively for generations. is both a restaurant and a non-profit educational institution. The neighborhood is also home to New Orleans Croatian seafood restaurant Uglesich's.

The and various art galleries are also located in Central City.

The area closest to Saint Charles Avenue developed first, in the first half of the 19th Century, booming with the opening of the New Orleans & Carrollton Railway, which became the line. The opening of the at the neighborhood's lower end contributed to the area's development as a center of commerce and a working class residential area, attracting many Irish, Italian, and German immigrants. After the many African Americans from rural areas settled in this part of the city. By the 1870s, the urbanized area extended back to Claiborne Avenue.

Dryades Street in this area was a neighborhood commercial district by the 1830s, but gained greater importance in the first half of the 20th century, becoming the city's largest African American commercial district during the era and a major hub for the Uptown African American community, overtaking the older South area in importance. At its height in the years after , the Dryades Street district boasted over 200 businesses.

Dryades Street began a decline in the 1960s, which became a steep nose-dive by the 1980s. At the low point somewhere around 1990, blighted and vacant buildings predominated. The blighted area got city attention, and the old commercial section of Dryades Street was renamed after local civil rights activist . Projects to improve the neighborhood gradually saw fruit by the start of the 2000s.

A large part of Central City was above the flooding which devastated the majority of New Orleans in the aftermath of in 2005 (see: ). As there were many vacant buildings and vacant lots in this rare piece of high dry ground, greater attention has been drawn to Central City in plans for post-Katrina redevelopment of the city.

The & are located in Central City, along Martin Luther King Blvd. The area's recent history is deep rooted in violence and is notorious for its high murder rate. The area is where New Orleans rap labels & started.

As of mid-2006, the area is considered the most dangerous part of the city, in terms of murders and crime activity. It was the major reason for the June decision to deploy the to the city so that NOPD officers could focus on the 'crime hotspots', such as this area.