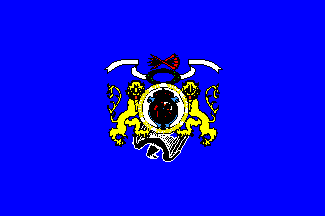 El Escorial is a municipality in the Autonomous Community of Madrid, located 45 km (28 mi) northwest of the Spanish capital . Its population in 2003 was 12,669.

The name of the town derives from ("escoria") deposits from an old local foundry.

Historic buildings and other structures

*Church of St. Barnabas - based on the design of Francisco de Mora, constructed at the wish of King Philip II to replace an older church on the same site. Many expert stonemasons from the Monastery worked on its construction, cutting the granite from which its solid walls are built. The structure is notable for its simplicity and equilibrium, its harmony of line and proportion, and the almost total absence of ornamentation.

*Monastery "Prestado" - residence of Philip II during the early years of the construction of the Monastery in San Lorenzo, the church was adapted for this use by adding new extensions and improving the existing structure. Construction was completed between 1567 and 1568. In later years the building saw use as a hospital for workers on construction of the Monastery, and for making glass, from which the chimney is still visible.

*The House of the Prince ("La Casita del Príncipe") - in neoclassical style, constructed between 1771 and 1775 and remodeled in 1781, under King Charles III by the architect . It became the summer residence of the crown prince, the future Charles IV.

*Cross of Nefando - built on a rock in an interior garden of the Casita, in the first half of the 17th century

*Cross "del Tercio" - constructed in the 17th century, it marked the border between the neighborhoods of La Fresneda and Navalquejigo. Since 1985 it has stood at the center of a town square.

*Cross of Navaarmado - served to mark the boundary between La Fresneda and the urban center of El Escorial. The cross sits atop a large granite rock.

*Ark of - from the mid-16th century, it served for the administration of water to the town. The walls are made of granite s.

The municipality of El Escorial contains a station connecting the area to Madrid.