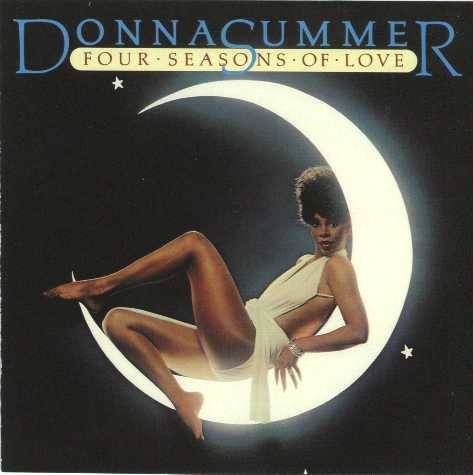 "Four Seasons of Love" is the fourth album released by singer . Released in 1976, this became her third consecutive successful album to be certified gold in the US. It peaked at #22 [http://www.billboard.com/bbcom/bio/index.jsp&cr=artist&or=ASCENDING&sf=length&pid=5782&kw=Donna+Summer] on the Billboard 200.

This was the third concept album Summer had made, though unlike the previous two which had contained one long track on side one and a small selection of slightly shorter ones on side two, "Four Seasons Of Love" was more equally balanced. The album told the story of a love affair by relating it to the four seasons. Side One contained "" and "Summer Fever", both disco tracks, and Side Two contained "Autumn Changes" (a slightly slower disco number) and "" (which had an even slower beat), plus a reprise of "Spring Affair". This concept was reflected in the four photos of Summer, one for each season of the year, in a pull-out calendar included with the original LP album. The photo on the cover was, fittingly, the Summer photograph. Summer's "first lady of love" image came across strongly on this album, though her trademark moans and groans were slightly less evident than on previous work. Pics included "Winter" in a fur with a tear on her cheek; "Spring" in a Scarlet O'Hara style hoop skirt on a swing; and "Autumn" as a Marilyn Monroe re-enacting the white skirt billowing up - an allusion to her song "Love to Love You, Baby", which she's quoted as using Monroe for inspiration on her recording of it.

As with the previous two albums, "Four Seasons of Love" was distributed by different record labels in different countries, including in the U.S. Edited versions of "" and "" were released in various places, but neither had a big impact on any charts (although the latter made the Top 30 on the ). The album was also released as a Club Special Edition / Club Sonderauflage in West Germany on the Label.