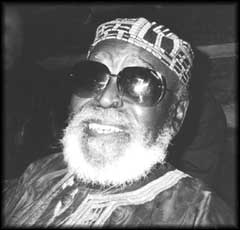 Walls was born in and grew up in . His mother was a piano teacher. His stepfather was named Walls, so he took the name Vann Walls. He left home as a teenager and toured the South with carnivals, circuses, and variety caravans. He returned to Charleston in his mid twenties and played as a solo pianist in local clubs and on radio.

In the early forties he played in 's band, the formed his own band based in .

From house band to headliner

In 1948 saxophonist convinced Walls to join the new label in New York as Atlantic's house band pianist starting in 1949. Notable songs featuring his work include:

In 1954 he joined , where he remained for almost ten years, mainly in . They primarily recorded on the label, though in 1957 they recorded a one-off for .

During the early sixties they recorded for the Cherry, Chime, Smash, and Courtesy labels. After the Nite Riders broke up in the early sixties, Vann Walls remained in Montreal and formed his own group called Captain Vann & The Pirates.

Walls played a number of blues and jazz festivals in the United States and Canada in the 1980s and 1990s.

Canadian musician wrote and dedicated a song titled for Harry Vann Walls on his 2001 album .