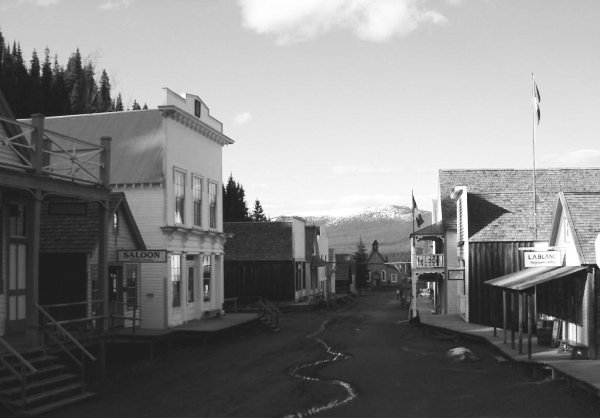 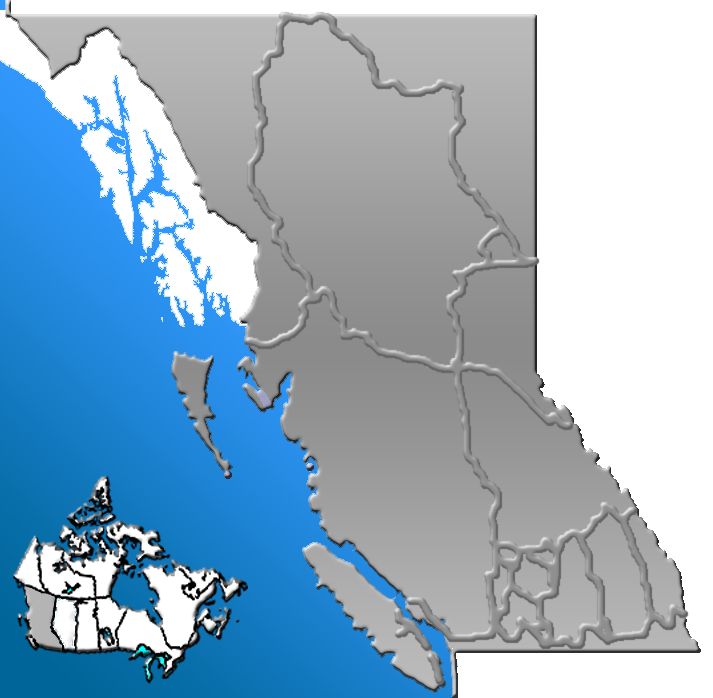 Barkerville, once the largest city north of and west of - was situated on the western edge of the . It was named after from , England, who struck gold in
. Billy Barker found gold in the Cariboo District. Barkerville grew up almost overnight, and was a case of "growth via word of mouth". Barkerville grew as fast as word of Barker's strike spread. His claim would eventually yield 37,500 ounces [cite web |url=http://www.barkerville.ca/pages/History01.html |title=John Cariboo Cameron |accessdate=2007-07-18 |format= |work= ] (1,065 kg/2,350 lb) of gold.

Before the construction of the , people hauled their own supplies to Barkerville, either on their backs or in a pack train. Because supplies were scarce, the prices of even the most everyday items were extremely high. High prices for goods in Barkerville did not ease up until the Cariboo Road had been finished, when goods could be transported by huge freight wagons. Soon, movers of freight boasted that they could pack and carry a set of champagne glasses without any breakage - for a price, of course. More women also came to Barkerville after the construction of the Cariboo Road.

. Even though its population was transient and largely dependent on mining, Barkerville was becoming less of a service town and more of a real community. It had several general stores and boarding houses, a drugstore that also sold newspapers and cigars, a barbershop that also cut women's hair, the "Wake-Up Jake Restaurant and Coffee Saloon", a theatre (the "Theatre Royal"), and a literary society (the Cariboo Literary Society). Horse racing and prize fighting were common entertainments. Among the so-called "sober set," church services were extremely well attended.

Chinese were an important part of Barkerville life for almost a hundred years. They established a number of businesses, including the Kwong Lee Company, a general store that sold groceries, clothing, hardware, and mining tools. The company had stores in other parts of British Columbia, but the Barkerville store was one of the most impressive in town. The Chinese community also built cabins (for Chinese miners, who saved money by sharing four or five to a cabin) and Tai Ping (the "Peace Room"), the equivalent of a modern nursing home. Chinese benevolent associations provided social services to the Chinese community, and also resolved disputes within the Chinese community without the use of BC courts.

On September 16, 1868, Barkerville was destroyed by a fire that spread quickly through the wooden buildings. Rebuilding began immediately, and at an impressive pace. Within six weeks, ninety buildings had been rebuilt. Boardwalks were improved and the infamously narrow and winding main street was widened and straightened. By 1880, there were enough children in the area to build the Barkerville School. It had just thirteen pupils and one piece of school equipment - a chalkboard. Even so, Barkerville's population was declining by the end of the century and it eventually became a . It did, however, have a small revival in the 1930s, when the Great Depression caused widespread unemployment, and the price of gold skyrocketed.

In , the government of British Columbia decided that the town should be restored and operated as a tourist attraction. Today, Barkerville appears as it did in its heyday, and visitors can step back in time and marvel at its past. "Barkerville Historic Town" now greets visitors from all over Canada and other parts of the world, including thousands of students. The history of each building has been meticulously researched and documented. No actual residents remain. They were either bought out or moved to New Barkerville during the restoration of the site.