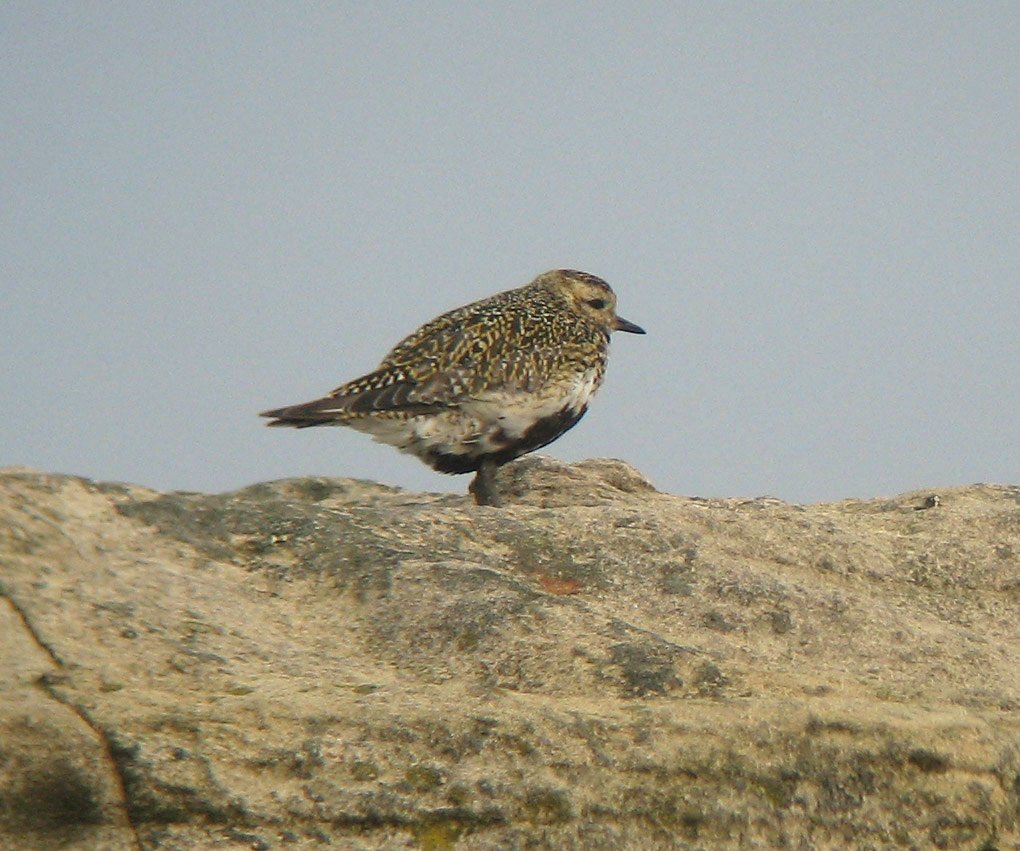 Breeding adults are spotted gold and black on the crown, back and wings. Their face and neck are black with a white border; they have a black breast and a dark rump. The legs are black. In winter, the black is lost and the plover then has a yellowish face and breast and white underparts.

Their breeding habitat is moorland and tundra in northernmost parts of and western . They nest on the ground in a dry open area. They are migratory and winter in southern Europe and north . Around 500,000 birds winter in and . Although generally common, its range has contracted somewhat in the past due to . For example, in the 19th century it disappeared as a breeding bird in and only occurs there as a migrant nowadays; its breeding population in Central Europe apparently was a of the (Tomek & Bocheński, 2005).

These birds forage for food on tundra, fields, beaches and tidal flats, usually by sight, although they will also feed by moonlight. They eat insects and crustaceans, also berries.

* [http://www.umweltruf.de/ticker/news_druck0.php3?nummer=3134 Moorland and protection of species in west Lower Saxony]

The Eurasian Golden Plover is one of the species to which the Agreement on the Conservation of African-Eurasian Migratory Waterbirds () applies.

* Database entry includes justification for why this species is of least concern.