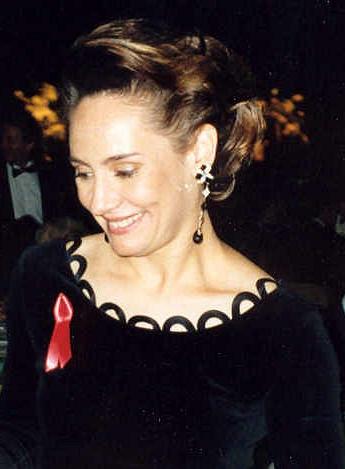 Lauren Ophelia "Laurie" Metcalf (born June 16, 1955) is an American three-time -winning . She is widely known for her performance as "Jackie Harris" on "Roseanne". However, she is also a major force in Chicago theater, probably best known for her critically acclaimed performance in the 1983 revival of "".

Metcalf was born in , the eldest of three children, and was raised in . Her father was the at and her mother was a . [ [http://www.filmreference.com/film/47/Laurie-Metcalf.html Laurie Metcalf Biography (1955-)] Her great aunt was the -winning playwright . Among Metcalf's childhood pursuits was ; she would put on plays with her friends. [ [http://www.wchstv.com/abc/thenormshow/lauriemetcalf.shtml Laurie Metcalf on Norm ] She was also academically in school and her many talents became apparent by her teen years.

Metcalf dated actor and married Steppenwolf co-founding member Jeff Perry. With Perry she has daughter Zoe(1984) (named after her great-aunt) and the two subsequently divorced. Metcalf met actor Matt Roth when he played her Jackie character's abusive boyfriend, "Fisher," on "". They married in 1993 and have two children: Will Theron Roth (born 20 Nov 1993) and Mae Akins (born 3 July 2005 via surrogate). In 2005, Metcalf and family moved to a ranch in .

Both Metcalf and Roth appeared in the same episode of "". Roth's character played a role in Metcalf's character being killed in that episode.

Metcalf attended and obtained her in in 1977. While at ISU, she met fellow theater students, among them , , , and - who went on to establish Chicago's famed . Metcalf began her professional career at Steppenwolf. In 1981, she was brought on as a performer on "" for their cast, but appeared in only one episode before the season abruptly ended due to a writer's strike; she was not asked back in the fall. In 1983, Metcalf went to New York to appear in a Steppenwolf production of "", for which she received the 1984 Obie Award for Best Actress. Metcalf was showered with praise for her performance as, "Darlene," specifically for her tour de force twenty minute Act Two monologue. She relocated to Manhattan and began to work in both film and theater, most recently in 's "November".

Metcalf has appeared in several television series, but she is best known as, "Jackie," sister to the title character in the hit series "Roseanne". Her performance as Roseanne's complex, intelligent, quirky sister garnered her three consecutive s. "Roseanne" ran from 1988 to 1997, and Laurie appeared as Jackie over the show's entire run.

She subsequently appeared with Norm Macdonald on "" (or "Norm"), which ran for three seasons, and was also a regular character on the 2003 series "Charlie Lawrence", which was cancelled after only two episodes aired. The actress has made guest appearances on series including "", "", "Monk", "", "", "", "", "", "" and more recently on the comedy "" (along with former cast member , one episode after ). She recently appeared in a recurring role on "" and alongside her ex-husband Jeff Perry for an episode of "". In fall 2008, Metcalf will star in the new CW dramedy Easy Money, as the matriach of a family of loan sharks.

;;Nominations
*2008 Best Featured Actress In A Play for: "November"