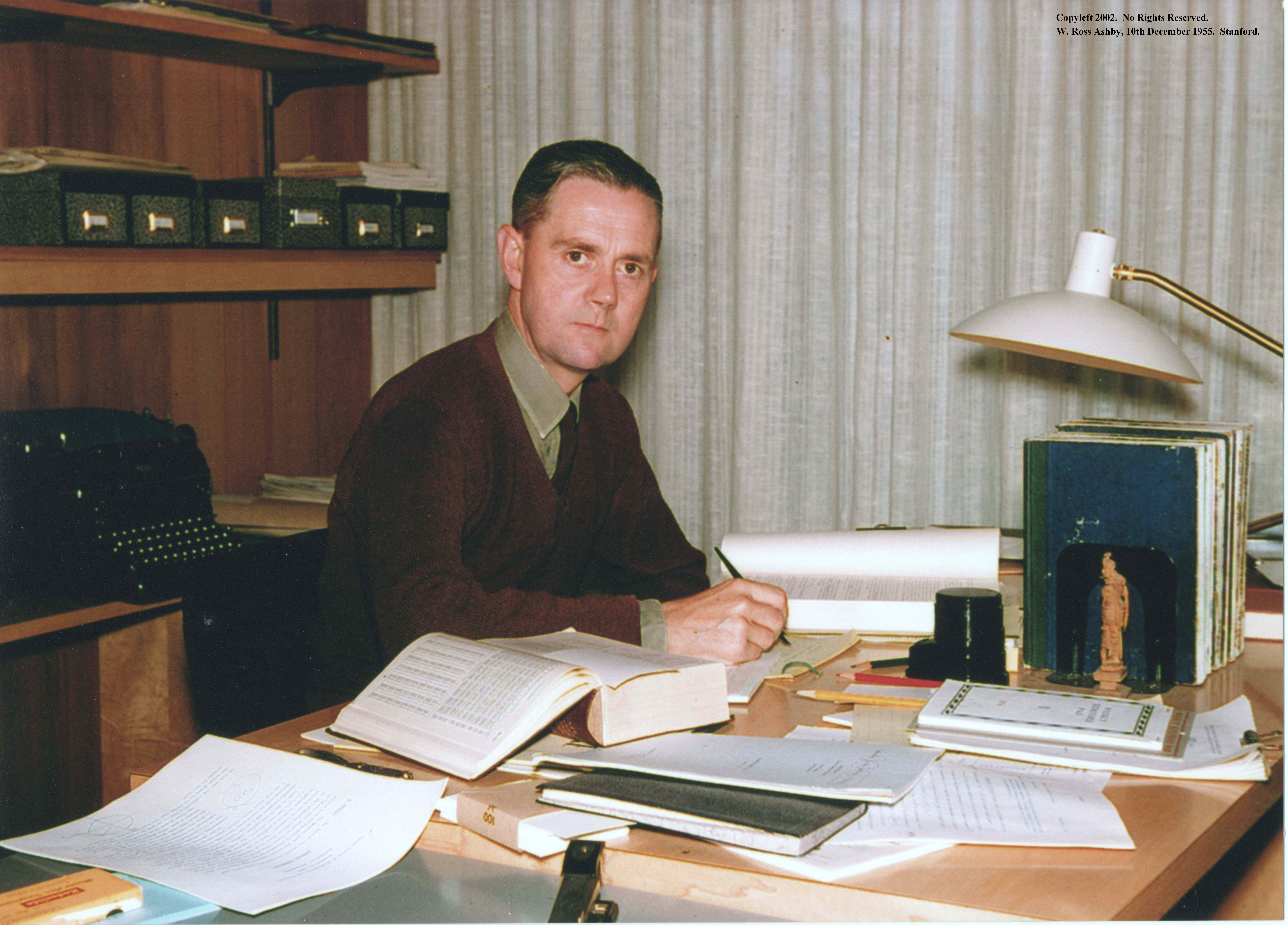 William Ross Ashby was born in 1903 in , where his father worked as Assistant Manager of an Advertising Agency.

Ross Ashby started working in 1930 as a Clinical Psychiatrist in the London County Council. From 1936 until 1947 he was a Research Pathologist in the St. Andrews Hospital in Northampton in England. From 1945 to 1947 he served in India where he was a Major in the Royal Army Medical Corps.

When he returned to England he served as Director of Research of the in from 1947 until 1959. For a year he was Director of the Burden Neurological Institute in Bristol. In 1960 he went to the United States and became Professor, Depts. of Biophysics and Electrical Engineering, , until his retirement in 1970. [ [http://www.rossashby.info/autobiography.html Autobiographical summary] , taken from Ashby's own notes, made about 1972.]

On March 4-6, 2004, a W. Ross Ashby centenary conference was held at the to mark the 100th anniversary of his birth. Presenters at the conference included , and . [ [http://www.rossashby.info/centenary.html W. Ross Ashby Centenary Conference] The W. Ross Ashby Digital Archive, 2008. ]

Despite being widely influential within , and, more recently, , he is not as well known as many of the notable scientists his work influenced including , , , and . [ Cosma Shalizi, [http://bactra.org/notebooks/ashby.html W. Ross Ashby] web page, 1999. ]

In May 1928, Ashby was 24 and a medical student at St. Bartholomew's Hospital in London when he started a journal, recording his theories in a series of 25 volumes (7,400 pages) over a period of 44 years. In 2003 the journal volumes were given to The British Library, London. In 2008, they were made available on the Internet in The W. Ross Ashby Digital Archive. [ [http://www.rossashby.info/journal/index.html W. Ross Ashby Journal (1928-1972)] The W. Ross Ashby Digital Archive, 2008. ]

Ross Ashby was one of the original members of the , a small informal of young psychologists, physiologists, mathematicians and engineers who met to discuss issues in . The club was founded in 1949 by the neurologist and continued to meet until 1958.

Earlier, in 1946, wrote a letter [ [http://www.rossashby.info/letters/turing.html Alan Turing letter] The W. Ross Ashby Digital Archive, 2008. ] to Ashby suggesting he use Turing's (ACE) for his experiments instead of building a special machine. In 1948 Ashby made the [ [http://www.hrat.btinternet.co.uk/Homeostat.html Java applet simulation] by Dr Horace Townsend ] . Ashby only made one reference to Turing in his journal, in December 1954 [ [http://www.rossashby.info/journal/page/5038.html W. Ross Ashby Journal (1928-1972), page 5039] The W. Ross Ashby Digital Archive, 2008. ] .

Ashby's Law of Requisite Variety [(Ashby 1956)] --variety absorbs variety, defines the minimum number of states necessary for a controller to control a system of a given number of states. For example, the number of bits necessary in a digital computer to produce a required description or model.

applied Variety to found management cybernetics and the . Working independently followed this with .