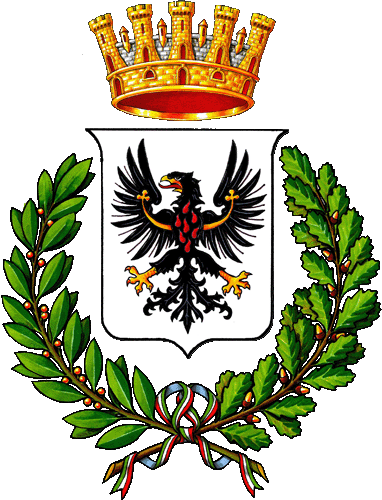 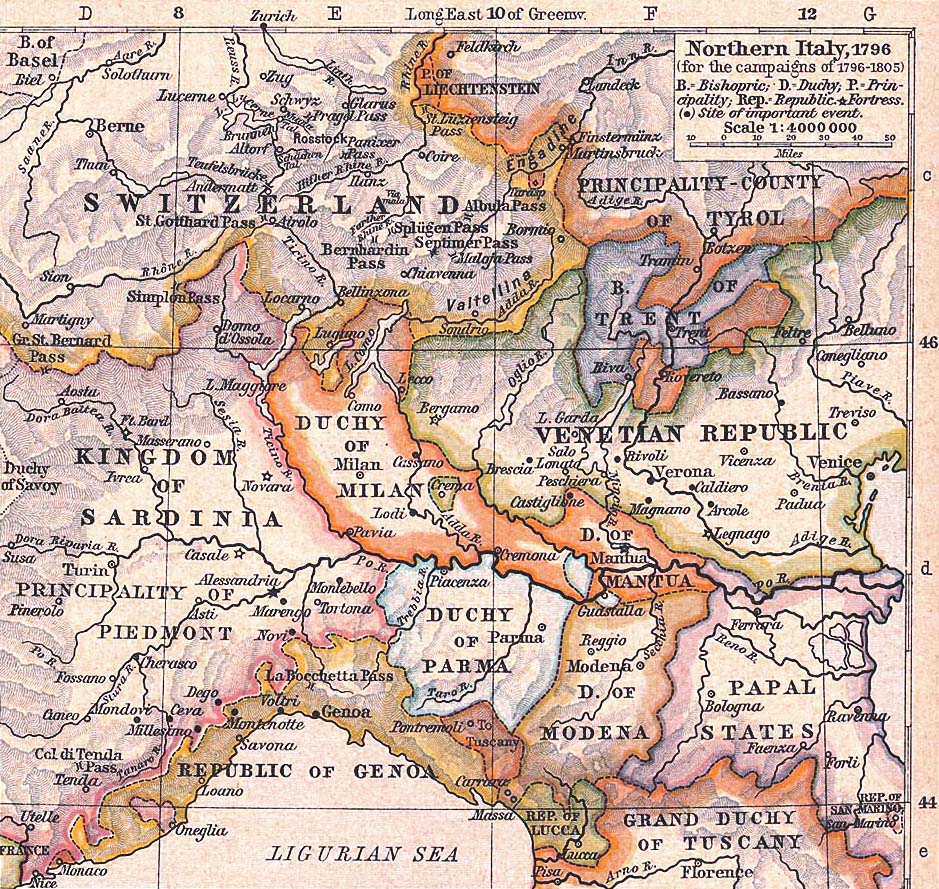 The Bishopric of Trent is a former territory of which was created in 1027 and existed until 1802, when it was absorbed into territory in the .

The bishopric was created in 1027 by the Conrad II, together with a similar (Bressanone). The areas included in the two new states were former parts of the Mark of , and were intended to favor passage to imperial armies towards Italy along the two ancient roads, the and the , entrusting the area to two bishops instead of often rebellious lay princes.

The two prince-bishops were true Holy Roman Empire princes, and enjoyed the right to take part to Imperial diets. The princes of Trento maintained a strong allegiance to the Emperor, even when the latter was excommunicated: this because they need his protection against the growing power of subjects like the counts of Tyrol, who controlled the area around , those of Appiano, and others. In one of the attempts to reassure his temporal authority over these lesser but fierce nobles, the bishop Adelpreto was slaughtered at Arco, on , , by the lords of . The supremacy of the princes of Trento was however re-established by emperor and by his son Henry VI. The bishop earned the right to have a coin of his own and to impose tolls.

The principate was reorganized and reformed by bishop (1207–18), a relative of emperor Otto IV. Allied with the bishop of and allowing wide estates to the he managed to thwart at all the nobles' strength, and recovered much of the territories lost in the past years. In order to state in a definitive way his authority he also collected all the official documents certificating the bishop's authority in the so-called "Book of " ("Codex Wangianus"), Vigilius being the patron saint of Trento. Moreover, Federico supported trading over the Adige way across the Alps, and made concessions to the . The drying of the valley allowed the area to become one of the most renowned of Italy for the production of . The statute issued by Federico on , , is considered the most ancient official document concerning the industry. The city was encircled with a new line of walls and towers, and the building of the Cathedral was commenced.

The death of Wanga in the , during a , stopped his reforms. In 1236 Emperor Frederick II deposed the bishops and ensured to himself the authority over the important military area of Trento, annexing it to the Mark of — the administration was entrusted to his faithful mate, of .

In the 13th century the count of Tyrol took advantage of the confused situation to carve out a conspicuous power for himself, much at the loss of the bishops of , Brixen, and Trento itself. Meinhard II of Tyrol and Carinthia totally subjected the bishops of Trento and Brixen under his power, and reorganized his new state along the more modern lines inspired to those of other Italian principalities.

In the 14th century, during the disputes between the rival emperors Charles IV and Louis IV, the principality suffered several destructions and was temporarily annexed to the latter's n territories. In 1363 the bishops gave the County of Tyrol to . In 1419 the bishop (1390–1419) managed to escape the subjugation to Tyrol sumbitting directly to the Emperor, but this did not prevent the bishops to lose further authority over the city and the countryside in the course of the 15th century, even though an attempt by the citizens to create a in 1407 was bloodily suppressed. In 1425 Trento was declared a commune. Another revolt broke out ten years later, and Austro-Tyrolese troops invaded the territory of the principality. In the following year, the bishops struggled in order to thwart the growing power of the s, and in the end the principality reduced to an effective subjugation to Austrian authority.

In June 1511 the two principalities of Trento and Brixen received the status of "perpetual confederate" states among Austrian possessions. The peace of 1516 with the , however, reduced the principality to a discontinuous between large Habsburg possessions. During the war against Venice, in 1509, the territory had been ravaged by s returning from a falied expedition against . This was followed by s in 1510 and 1512, famines in 1512, 1519 and 1520, and an in 1521: these grievous happenings spurred the beginning of forms of resistance against Habsburg rule. A true rebellion broke out in 1525, called "Bauernkrieg" or "contadine revolt". The rebellers were led by , who had devised a complex plan of liberation of all the territories of Brixen and Trento and program of social freedom based on equalitary principles ("Landesordnung").

The rebellers, however, lacked of organisation and were easily suppressed in 1526 by Austrian mercenaries and by the bishop , who ferociously exterminated them in the battles of the Isarco valley and . The rebellion leaders were beheaded, hanged or mutilated, while the simple followers were released but with a "mark of infamy" impressed on their brow. Any dream of further revolt ended when Gasmayr was murderered by the Archduke's killer in in 1532. Some a thousand of Tyrolese and Trentine rebellers took shelter in , near Auspitz, were they established "fraternal farms" ("Bruderhöfe").

Bishop Cardinal is considered the true refounder ("Neubegründer") of the authority of the princes of Trento. An adviser of emperor Maximilian of Habsburg and a friend of , he had an important role in the election of Charles V, at in 1519, and in that of Ferdinand I as . His personal charisma reverted the subalterne status of the Trento state between the Habsburg territories, gaining the seignory of Castelbarco and . His statute of the city, issued in 1528, remained in use until 1807. Under Clesio's rule Trento was renovated with a new urbanistic asset, and a new great church, S. Maria Maggiore: these were needed in order to host the (1545–63), and, after the sudden death of Clesio in 1539, were completed by his successor, cardinal . Also the economy and services were greatly improved. The presence of famous intellectual and scholars during the Council, spurred the diffusion of in the principality. The introduction of Counter-Reformation in the principality brought also a general recover of Italian language over the German one, as the new religious ideas had found more followers in the German-speaking population.

This "Golden Age", however, was ended in by Ferdinand, who invaded the Trentine territories, occupying Rovereto and, in 1567, declaring the Confederation Treaty over. The dispute was settled only in 1578, when the Imperial Diet reinstated the prince-bishops' suzerainty.

In the 17th century the principality suffered for the economical consequences of the and of the decadence of Venetian trades. The principality was held by the Madruzzo family (who also indirectly controlled Brixen) until 1658, with the death of Carlo Emanuele. Emperor Leopold I assigned therefore the principality to , regent of Tyrol. Relationships with the Austrian Empire were again settled in 1662. Three years later, however, Sigismund Francis died and the principality was included in the Habsburg emperors' direct dominions. This however did not meant the loss of his semi-independent status, and several outstanding results were obtained anyway — the balance active of 1683, the completion of the Castello del Buonconsiglio in Trento, and the drying of the es in the . cultivation was introduced in the lands obtained.

The situation worsened at the beginning of the 18th century, when the Trentino and the Tyrol were invaded by French and n armies, and Trento itself was bombed for six days in the September 1703. But the most dangerous menace to the principality status were the claims of emperor Charles VI to reunite under the Habsburg crown all the hereditary territories of his house. The bishops continued their struggle for independence against the growing Austrian prominence, until the 's invasion of 1796. The definitively secularized the principality as a part of the .