The following is a list of notable people who converted to Christianity from a different religion or no religion. This article addresses only past voluntary professions of faith by the individuals listed, and is not intended to address ethnic, cultural, or other considerations such as Marriage. Certain people listed here may be lapsed or former converts, or their current religious identity may be ambiguous, uncertain or disputed. Such cases are noted in their list entries. 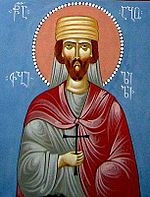 Abo of Tiflis, a Christian activist and the Patron AMR Saint of the city of Tbilisi, Georgia.[3] 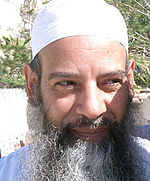 Mohammed Hegazy the first Egyptian Muslim convert to Christianity to seek official recognition of his conversion from the Egyptian Government.[6] 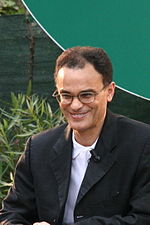 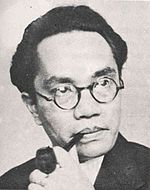 Born into a Muslim Batak family, Indonesian Prime Minister Amir Sjarifuddin converted to Christianity in 1931, upon which his fervently Islamic mother committed suicide.[8]

The Jewish Encyclopedia gives some statistics on conversion of Jews to Protestantism, Roman Catholicism, and Orthodox Christianity (which it calls "Greek Catholicism").[117] Some 2,000 European Jews converted to Christianity every year during the 19th century, but in the 1890s the number was running closer to 3,000 per year, — 1,000 in Austria Hungary (Galizian Poland), 1,000 in Russia (Poland, Belarus, Ukraine, and Lithuania), 500 in Germany (Posen), and the remainder in the English world.

From agnosticism or atheism

Note: It is debated whether Confucianism is a religion and some Confucians who became Christians considered themselves to remain Confucian in philosophy.

Paganism is a term which, from a Western perspective, has come to connote a broad set of spiritual or cultic practices or beliefs of any folk religion, and of historical and contemporary polytheistic religions in particular.

While the term has historically been used to denote adherents of any non-Abrahamic faith, for the purposes of this list, only adherents of non-major polytheistic, shamanistic, pantheistic, or animistic religions will be listed in this section.