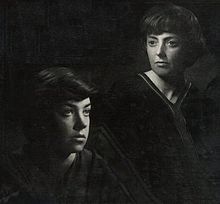 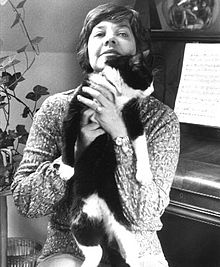 María Elena Walsh was born in Villa Sarmiento, Ramos Mejía, Buenos Aires, to an English railway worker, of Irish descent, who played the piano and an Argentine woman of Andalusian descent. As a child, she lived in a big house, where she greatly enjoyed reading and listening to music in a cultural environment.

When she was 15, Walsh had some of her poems published in El Hogar magazine and La Nación newspaper. In 1947, before graduating from art school, she published her first book, Otoño Imperdonable, a collection of poems which was critically acclaimed and received recognition from important Latin American writers.

After graduation in 1948, she traveled to North America invited for poet Juan Ramon Jiménez and Europe during the Peronism and then moved to Paris where she spent four years in the early 1950s. While there, Walsh performed in concerts featuring Argentine folklore with fellow Argentinean singer Leda Valladares (born 1919), forming the duo Leda & Maria and recording for Le chant du monde.[1]

She returned to Argentina in 1956 after the Revolución Libertadora. In 1958, Walsh wrote numerous TV scripts, plays, poems, books and songs, specially for kids, her stories and songs are highly poetic and entertaining. Her most famous song was “Manuelita la Tortuga” (Manuelita the Turtle) and the Twist of the Monkey Mono Liso. She triumph as a performer too, singing her songs onstage in 1962 (Canciones para mirar) and 1968, Juguemos en el mundo, a show dedicated to grown-ups very critical of the government censorship,[2] recordings and made a film Let's play in the world [3] based on her characters Doña Disparate y Bambuco directed by her partner at that time, Maria Herminia Avellaneda (1933–1997).

Her work has often contained an underlying political message, as in the song El País del Nomeacuerdo ("The Country of IDontRemember"), which was later used as the theme song for The Official Story, winner of the 1985 Academy Award for Best Foreign Language Film.

During the military dictatorship (1976–83) she was a fierce opponent, her song "Oración a la justicia" (Prayer for Justice) became a civil right anthem. In an open letter she criticized the regime censorship comparing the country with a preschool country calling it "Desventuras en el Pais-Jardin-de-Infantes" (Misadventures in the Preschool Country).

In 1991 she was given the Highly Commended ranking in winning the Hans Christian Andersen Award, a prize awarded by the International Board on Books for Young People.