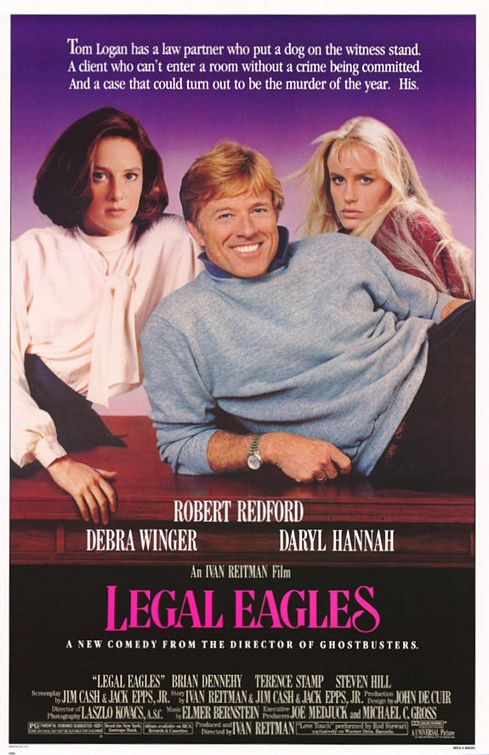 Tom Logan (Redford) is an Assistant District Attorney in the New York City District Attorney's Office, who is on his way to becoming the new DA. Into his life enters Laura Kelly (Winger), an attorney who is representing Chelsea Deardon (Hannah). Chelsea is accused of stealing a from an art dealer, Victor Taft (). However, Chelsea claims that the painting is actually hers, as her father made it for her and signed it to her on her 8th birthday 18 years ago - the same day that her father and most of his paintings went up in smoke in a mysterious fire.

Kelly eventually manages to talk Logan into helping them (after she creates an impromptu press conference at the dinner where Logan is being introduced as the new candidate for ). However, things turn even more mysterious when Taft suddenly drops all charges against Chelsea and a police , Cavanaugh (), comes up with proof that the paintings that supposedly were lost in the fire - which were worth millions in insurance - are still in existence. As Logan and Kelly dig deeper, they risk putting their professions - and their growing romance for each other - on the line.

Unlike a normal movie, Legal Eagles has several different endings. The movie opened to mediocre reviews in theaters and by the time it reached , defendant Chelsea Dearden, had gone from innocent to guilty. The guilt or innocence of Dearden was clearly secondary to generating a profitable and satisfying movie. The alternate endings include her guilty of one murder, innocent, and then guilty of a different murder.

Cast and roles include