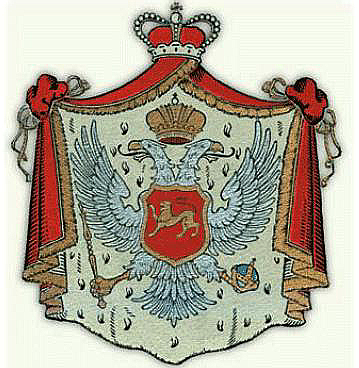 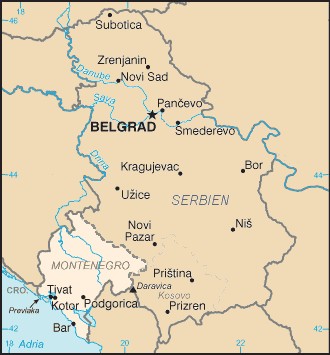 The Principality or Princedom of Montenegro was a principality in . It existed from to . It was then proclaimed a kingdom by Knjaz Nikola, who then became king.

The capital of the Principality was at and used the as its currency from 1906. The area of the principality roughly consisted of the central area of modern . It was a but de-facto absolutist, and a of the .

The Principality was formed on by Knjaz Danilo I Petrović-Njegoš, when Knjaz Danilo, then known as Vladika Danilo II, decided to overthrow his ecclesiastical position of the Vladika and get married, which, after centuries of theocratic rule, turned Montenegro into a secular principality.

On , it was proclaimed a kingdom by Knjaz Nikola, who then became king.

Grand Duke Mirko Petrović, elder brother of , led a strong army of 7,500 and won a crucial battle against the Turks (army of between 7,000 to 13,000) at Grahovac on , . The Turkish forces were routed. A considerable arsenal of war trophies were left in hands, to come in handy again in the final wars of independence in 1862 and 1875-1878.

This major victory had had even more diplomatic significance. The glory of weapons was soon immortalized in the songs and literature of all the South Slavs, in particular the Serbs in Vojvodina, then part of . This Montenegrin victory forced the to officially demarcate the borders between and Ottoman Turkey, de facto recognizing Montenegro's centuries-long independence. gained Grahovo, , Nikšić's Župa, more than half of , , , , Upper , and part of and .

Knjaz Danilo used the Law of , as an inspiration for his own General Law of the Land from 1855 ("Zakonik Danila Prvog"). Danilo's Code was based on the Montenegrin traditions and customs and it is considered to be the first national constitution in Montenegrin history. It also stated rules, protected privacy and banned warring on the Austrian Coast (). It also stated: "Although there is no other nationality in this land except Serb nationality and no other religion except Eastern Orthodoxy, each foreigner and each person of different faith can live here and enjoy the same freedom and the same domestic right as Montenegrin or Highlander."

The Principality had besides the Serbs, around 5,000 and a colony of 800 Romas.

In 1907, it had been estimated that there were around 282,000 inhabitants in Montenegro.

The supermajority being Serb ().

The 1909 official census was undertaken by the authorities of the Principality. Ethnicity was decided according to the , the , then being the :

By religion:
* Orthodox Christians: "94.38%"
* "others" (mostly ) The total population was overestimated for political reasons. It was at about 220,000 inhabitants.