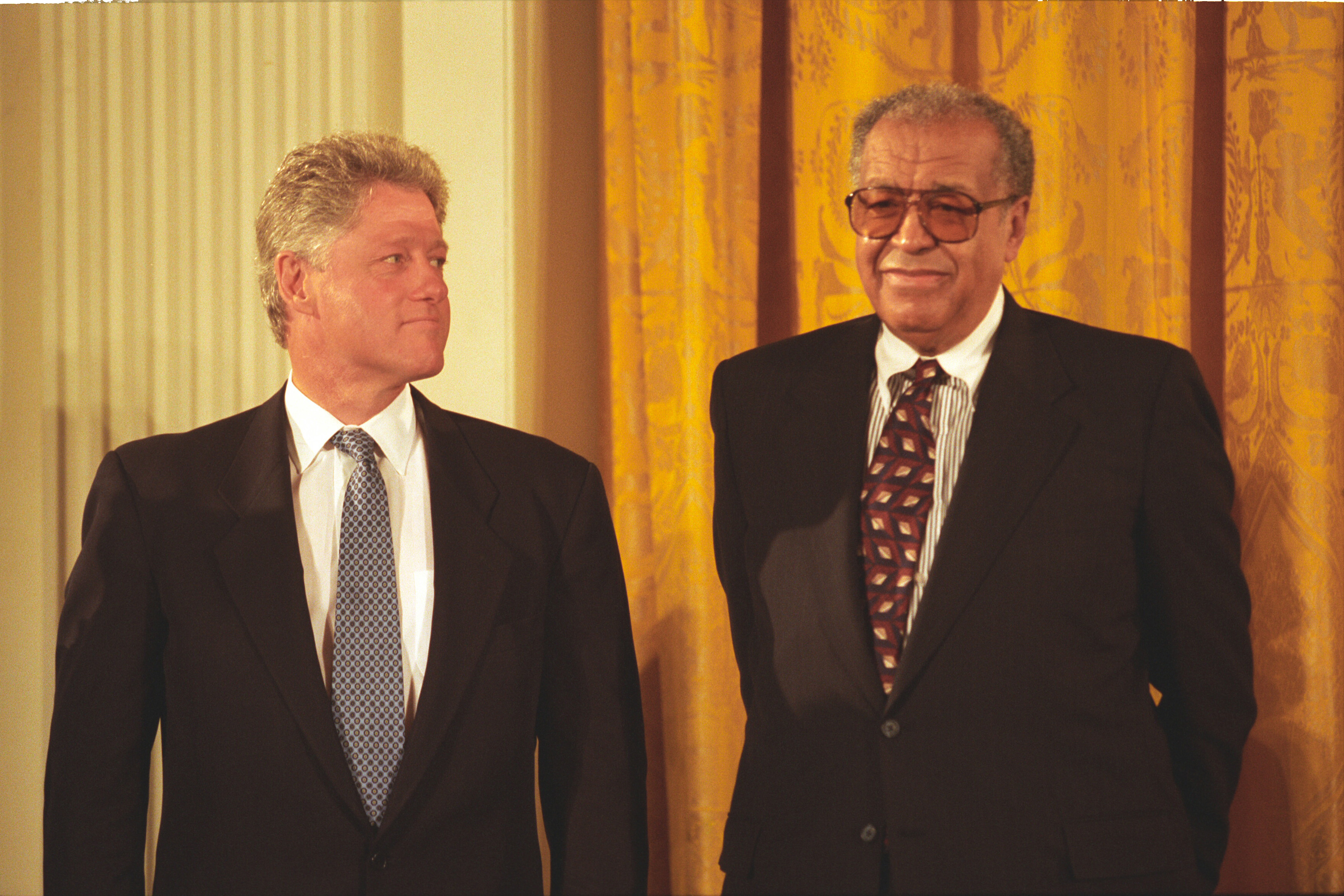 Aloyisus Leon Higginbotham, Jr. (February 25, 1928 - December 14, 1998) was a prominent civil rights advocate, author, and federal appeals court judge. Higginbotham was the seventh African American Article III judge appointed in the United States, and the first African American judge on the . [ [http://www.jtbf.org/clientuploads/docs/1153327002_710662.pdf African American Federal Judges by Commission Date] ] He served as Chief Judge of the Third Circuit Court of Appeals from 1990 to 1991.

At 16 Higginbotham enrolled in , in .

Higginbotham entered Purdue as a freshman in 1944.

Higginbotham transferred to in in 1945.

In the fall of 1949 Higginbotham entered . As he had in grade school, he worked, this time as a butcher, to help support himself while at Yale.

As a first year student, Higginbotham worked as a research assistant to a professor, who arranged for him to attend the oral arguments in , which dealt with the admission of blacks to the University of Texas.

After graduation, Higginbotham initially sought employment with law firms in Philadelphia, Pennsylvania, however, he was unable to find work at any of the major firms as a result of his race.

In 1954 Higginbotham went into private practice as a member of the first African American law firm in Philadelphia, "Norris, Schmidt, Green, Harris, and Higginbotham".

While still in private practice, Higginbotham simultaneously served in several government positions; he was a special Deputy State Attorney General from 1956 to 1962, a special hearing officer for conscientious objections for the United States Department of Justice from 1960 to 1962, and a Commissioner on the Pennsylvania Human Rights Commission from 1961 to 1962.

In 1960 Higginbotham, as a delegate at the National NAACP convention, supported over for the organization's endorsement for President.

Higginbotham's nomination was held up by Senator James Eastland, the chairman of the and a committed segregationist.

Following his appointment to the District Court, Higginbotham developed a relationship with President Johnson, attending various White House functions and conferences in the mid-1960s.

In 1967 Higginbotham arraigned for President Johnson to visit , to tour a community revitalization effort.

Higginbotham attended the opening of Johnson's Presidential library, where Johnson referred to Higginbotham as "one of my closest advisers, sound, reliable, responsible."

Higginbotham spent 13 years as a District Court judge. His chambers were at the Federal Courthouse at 9th and Market Streets, in Philadelphia (the building was later named in honor of , the first African American member of Pennsylvania's congressional delegation).

Higginbotham did not experience any such behavior from his fellow judges on the district court, although, as the youngest person ever appointed to the Eastern District (Higginbotham was younger than some of his colleagues children

In 1977 President Carter elevated Higginbotham to the .

After leaving the bench, Higginbotham joined the firm of , and accepted a position at 's as a professor.

He served as counsel to the in a series of voting rights cases before the Supreme Court.

In 1991, Judge Higginbotham wrote an "An open letter to Justice Clarence Thomas from a federal judicial colleague," published in the University of Pennsylvania Law Review. In his letter, Judge Higginbotham expressed his "concern and sorrow that Justice Thomas would turn his back on a century of [racial] struggle." [Colin S. Diver, A Tribute, available at http://www.upenn.edu/gazette/0399/higginbotham.html ]

would later say "Judge Higginbotham ['s] work and the example he set made a critical contribution to the course of the rule of law in the United States and a difference in the lives of African Americans, and indeed the lives of all Americans. But his influence also crossed borders and inspired many who fought for freedom and equality in other countries.... Judge Higginbotham played an important role in [South Africa's] first democratic elections, support the development of public interest law work in South Africa and helped to create broader opportunities for black South African lawyers." [In Memoriam, 112 Harvard Law Review 1801, 1810]

On December 1, 1998, two weeks before his death, Higginbotham gave testimony before the House Judiciary Committee concerning the issue of what constituted an impeachable offense, as part of the hearings on President Clinton's impeachment.

Higginbotham concluded his testimony, writing, "I submit that your individual vote will have a profound impact on the entire history and future of the United States of America. I would remind you once again of the incisive words of Luther Standing Bear: 'Thought comes before speech.' I pray that this Committee will, in a non-partisan way, rise to its highest potential of statesmanship by giving this issue its calm and insightful thought before speaking and casting a vote that will affect America's rendezvous with destiny."

After Higginbotham's death, Clinton said "I shall "never" forget how he spoke up for me."

Higginbotham died on December 14, 1998 in , after suffering from a series of s. President Clinton described him as "one of our nation's most passionate and steadfast advocates for civil rights."