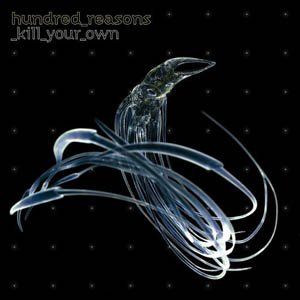 "Kill Your Own" is the third studio album by British rock band, , their first for , and their last to feature guitarist and founding member, Paul Townsend.

Guitarist Larry Hibbitt handled production duties on the album, as opposed to the producer of their first two albums, . Sardy, however, mixed three tracks on the album and the b-side, "Casual Friday". According to bassist Andy Gilmour "Casual Friday" was left off of the album because Hibbitt put an "irritating keyboard" on the song.

Many of the songs on "Kill Your Own" were debuted during their 2005 Winter tour of the UK's venues. Those who attended the shows were given a free CD, "Singles Club 3", which included "Feed the Fire" alongside other tracks from support bands, Brigade and Orko.

In 2005, "No Pretending" was released in demo form from their official website. Demos of "Kill Your Own" and "This Mess" were also later made available before the album's release.