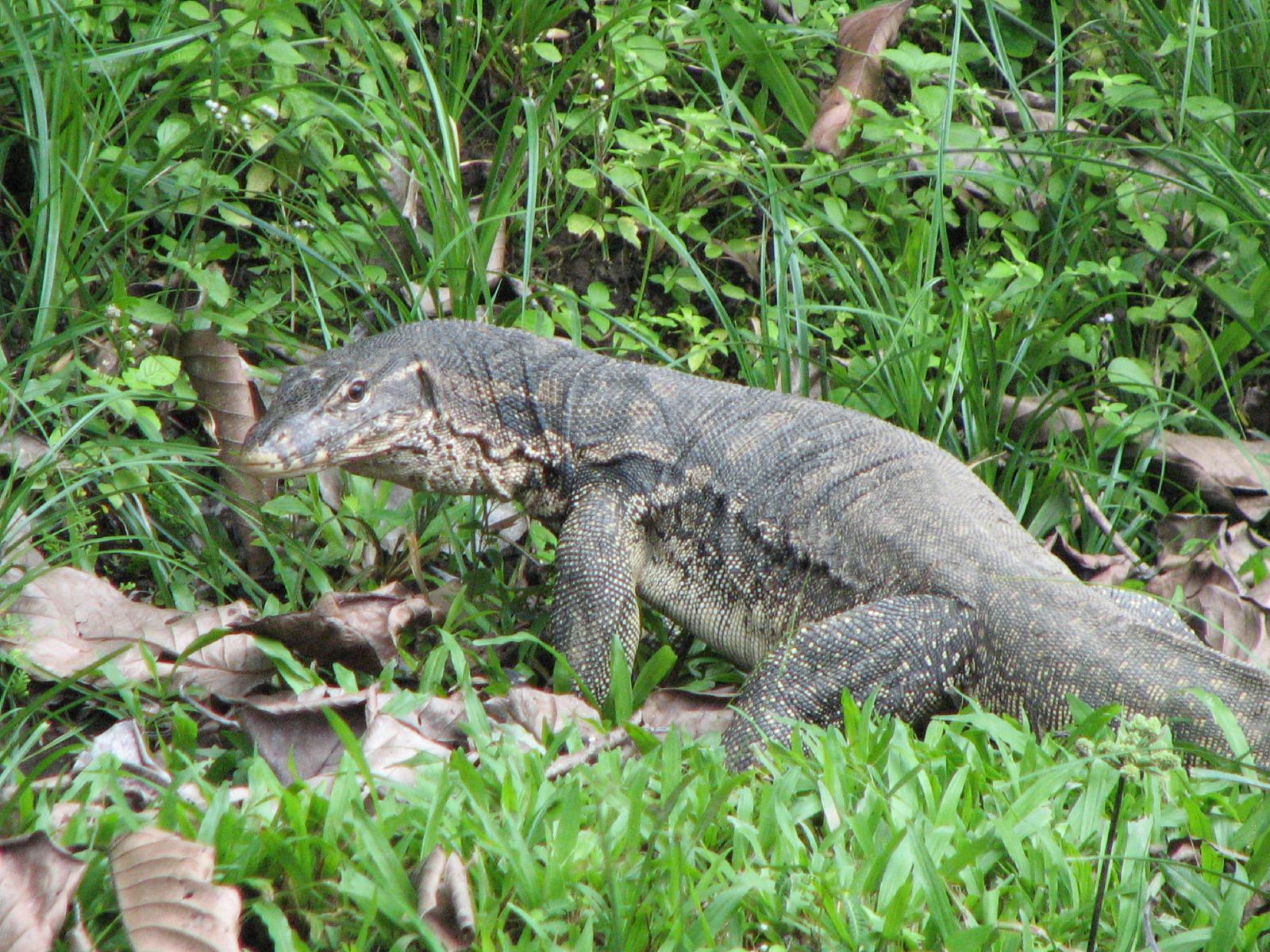 The Water monitor, "Varanus salvator" is a large species of capable of growing up to 3 meters (9.8 ft) in length, but most adults are 1.5 meters (4.9 ft) long at most, and are close in size to the . Maximum weight of "Varanus salvator" can be over 75 kg, but most are half that size. Their body is muscular with a long powerful tail. Water monitors are perhaps the most common monitor lizards in Asia, and range from Sri Lanka, India, Indochina, the Malay Peninsula and various islands of Indonesia, living in tropical forested areas.

Water monitors can be aggressive using their tail, claws, and jaws when fighting. They are excellent swimmers, using the raised fin located on their tails to steer through water.

In , it is a protected species under Wild Animals Protection Ordinance Cap 170. In Malaysia, this species is one of the most common wild animals around with numbers comparable to that of the population of macaques there. Although many fall prey to humans via road kill and animal cruelty, it still thrives in most states of Malaysia especially in the shrubs of the east-coast states such as and . Malay "kampung" boys and young working class malay men often catch and kill water monitors for their own amusement although the widespread population of the species causes the lack of conservation attention.

In Thailand, the word water monitor or actually local word 'เหี้ย' (hia) is used as an insulting word for bad and evil things including a bad person. Its name is also considered a word bringing a bad luck, so some people prefer to call them 'ตัวเงินตัวทอง' which means 'silver and gold' in Thai to avoid the jinx.

A water monitor portrayed a in the 1990 movie, The Freshman.