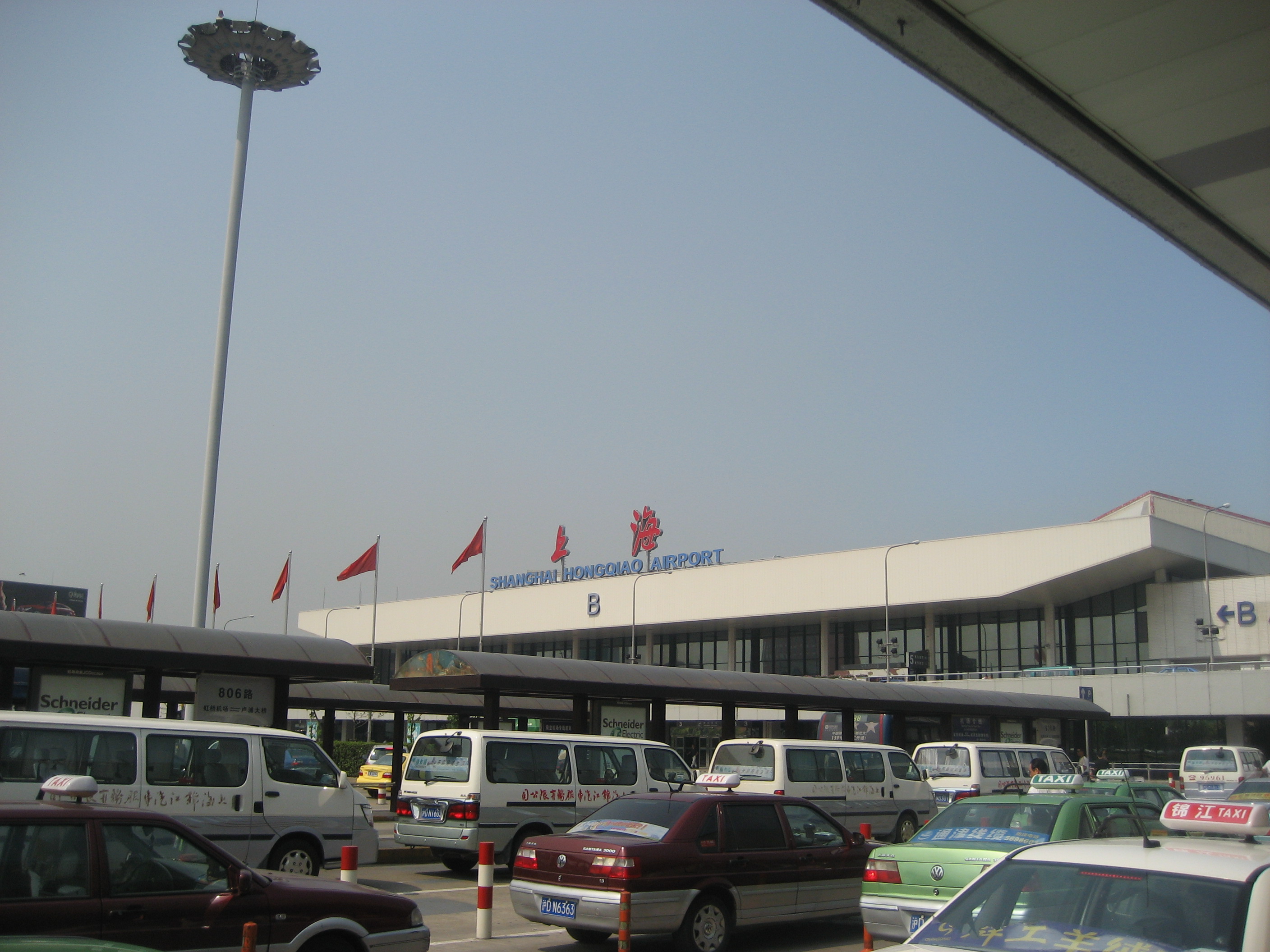 Shanghai Hongqiao International Airport airport codes|SHA|ZSSS (: 上海虹桥国际机场, : 上海虹橋國際機場, : Shànghǎi Hóngqiáo Guójì Jīcháng, : Rainbow Bridge International Airport) is one of the two s in , . The airport is in the western part of a still relatively urban area of Shanghai.

Before the construction of in , Hongqiao Airport served as Shanghai's main international airport. The airport presently has two international flights with "city-to-city" service to central Tokyo's Haneda Airport which started on September 29th 2007. [ [http://www.chinadaily.com.cn/bizchina/2007-09/01/content_6073285.htm Charter flights between Shanghai, Tokyo to start soon ] ] Services started to central Seoul's on October 28th, 2007.

One serves the airport from the arrivals level. A bus stop provides various services to other parts of the city. As of October , one minibus route terminates at station, and costs CNY 4.50.An extension of to the airport is under construction.

Shanghai Hongqiao International Airport has won state approval for a 15.3 billion yuan expansion that features a second runway and a new terminal. The growth plan for the smaller of the city's two airports is expected to boost Hongqiao's capacity to 40 million passengers a year by 2010, according to the statement. The expansion project comprises a 3,300-meter runway and a new terminal with an area of 250,000 square meters, plus new public facilities.

The proposed extension Shanghai Hongqiao International Airport of the will be from Longyang Road through to Shanghai Hongqiao International Airport. When finished, then the track will be 55km and also have a travel time of 15 minutes between the two airports. There have been discussions about slowing the Maglev within urban areas but allowing full speed operation along non-urban portions of the track. Original plans called for completing the extension by 2010, in time for the 2010 Shanghai world expo, however, the Hangzhou extension has been postponed.