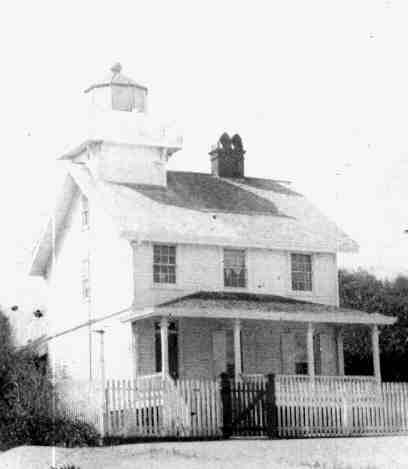 caption = The 1872 Amelia Island North Range Lighthouse
location = mouth of the St. Mary's River
coordinates =
yearlit = 1858, rebuilt 1872
automated =
yeardeactivated = 1899
foundation =
construction = wood
shape = house
height =
lens =
range =
characteristic =The Amelia Island North Range Light was built to mark a channel over the sandbar at the mouth of the St. Mary's River, which led to the harbor at , on . It consisted of a lighthouse and a front range tower with a light, arranged so that when ships could see one light above the other, they were lined up with the channel. During the Civil War Confederate forces removed the lenses from the lights. Union forces seized Fernandina Beach, and the lighthouse in 1862.