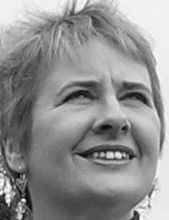 Roseanna Cunningham (born , ) is a Scottish politician, and member for the for Perth in the .

Raised in , she returned to Scotland and was a member of the inside the (SNP) in the early 1980s, but avoided expulsion as she was not a member of its steering committee (future SNP Convenor by contrast who served on the 79 Group committee was expelled, whilst resigned from the party in protest before she could be expelled).

Cunningham worked as a solicitor and became an in 1990.

Cunningham first came to prominence in 1995 when she won the bitter Perth and Kinross by-election to replace the Conservative MP, Sir Nicholas Fairbairn, who had died. She had initially been left off the SNP's candidate shortlist over her brief relationship in the 1970s with Donald Bain, the former husband of SNP stalwart , on the grounds that the issue could prove an embarrassment to the party. However, she was put back in contention following an intervention by the then party leader Alex Salmond, and after Ewing made clear she had no objection to Cunningham's candidature.

In 1999 she became the MSP for Perth and continues to represent the area in the to this day. In 2000 she was elected the SNP Senior Vice-Convener (deputy leader). Also in that year she helped establish the publication. She stood down as an MP in 2001, to concentrate on the .

announced his resignation as leader of the SNP on , and on the same day Roseanna Cunningham announced that she would be a candidate in the subsequent election for the party leadership. In the early stages of the campaign she appeared to be the clear front-runner, but the entirely unexpected decision of the popular former leader Alex Salmond to enter the race just before nominations closed changed everything, and Cunningham ultimately finished a distant second.

She is sometimes known as "Republican Rose" for her well-known support for the replacement of the with an elected .

In December 2006 she led an unsuccessful attempt to prevent same-sex couples gaining the right to adopt children [ [http://news.bbc.co.uk/1/hi/scotland/6215838.stm BBC News - MSPs vote for same-sex adoption] ] , despite having previously been named Parliamentarian of the Year in 1998. [ [http://www.scotsgay.co.uk/sg25/sg.html ScotsGay Magazine - Issue 25] ]

In August 2007 she voiced her disdain nationally about a video showing pupils from , a co-educational independent boarding school in Scotland, acting out in a satirical video called "Class Wars" [cite news|url=http://www.timesonline.co.uk/tol/news/uk/article2246365.ece|title=No chavs were harmed in this video - Times Online|publisher=The Times] in which students dressed in the stereotypical attire of the subculture are hunted by pupils dressed as Aristocrats. She is quoted as saying "I suppose this video could be billed as the revent of Monty Python's upper-class twits, Doubtless it is intended as humour and irony but it comes across as brash, crass and arrogant.". [cite news|url=http://www.metro.co.uk/news/article.html?in_article_id=61236&in_page_id=34|title=Outrage at 'Chav hunting' videos | Metro.co.uk|publisher=Metro]